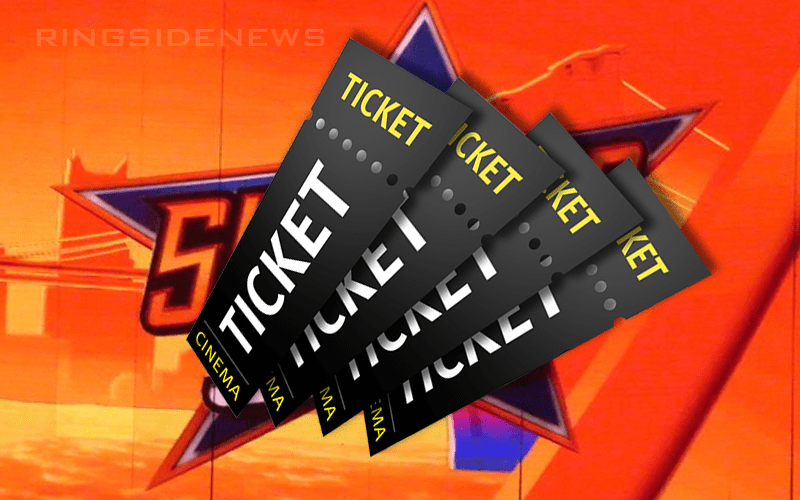 WWE is starting to raise the prices on their tickets for big 4 pay-per-views. It looks like they are starting with SummerSlam because those prices were incredibly high. The jack-up in price didn’t discourage fans from buying tickets anyway.

If you thought that you would wait until WWE actually starts booking matches for the biggest party of the summer to buy a ticket, you might have lost your chance. Because there are currently no SummerSlam tickets available. The secondary market still has tickets — but they won’t be cheap.

The only rumored match on the card is Stephanie McMahon vs Becky Lynch, but that isn’t set in stone. It might take some clever maneuvering in the storyline too because Stephanie seems to be the one giving Lynch the chances as she lifted her suspension and booked the match at WWE Fastlane which saw her inserted back in the WrestleMania main event.

Other big names like Ronda Rousey, Brock Lesnar, and Dean Ambrose remaining absent from promotional material didn’t seem to change interest either. We will have to see what kind of card WWE books in Toronto, but the SummerSlam event is already sold out.