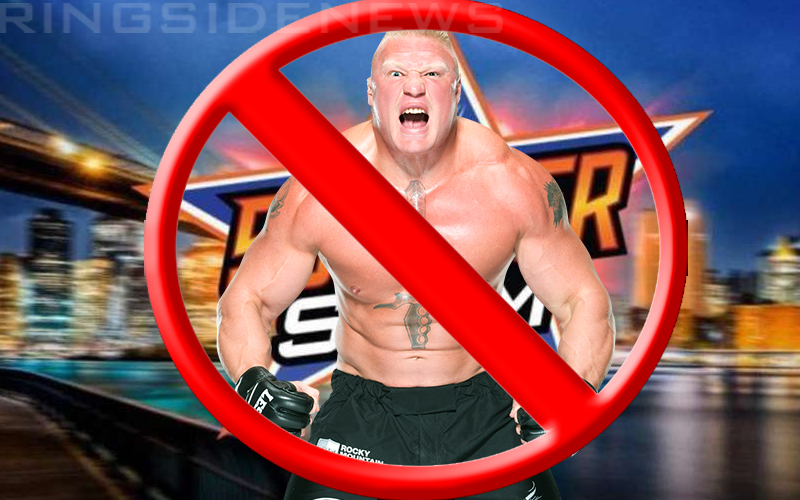 WWE’s SummerSlam event is coming to Toronto in August. They are getting the local market ready with some promotional material, but there are a couple huge names missing.

Ronda Rousey and Dean Ambrose are both rumored to be leaving WWE after WrestleMania. This is very interesting because we keep hearing that WWE is trying to change Ambrose’s mind. However, it is 100% Ronda Rousey’s call as to when she takes off.

In another noteworthy mention, Brock Lesnar is also missing from WWE’s promotional material for the biggest party of the summer. Of course, nobody really knows what is ever up with his WWE contract status.

We will have to wait and see what happens. It certainly appears as though WWE is preparing to not have a few top Superstars around in August.