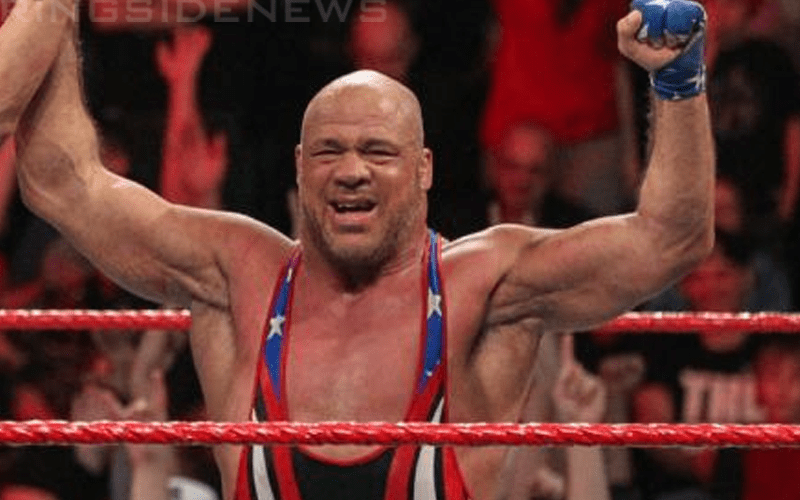 Kurt Angle will announce his WrestleMania opponent next week on RAW. Some of the wording WWE used leads us to believe the Olympic Hero will be wrestling next week on RAW as well.

It was noted that Kurt Angle is on a “Farewell Tour.” Apollo Crews was given the honor to face Kurt Angle this week on RAW, but there was a heavy implication that Kurt Angle could be wrestling for the remaining weeks until his WrestleMania retirement match.

Apollo Crews was first to challenge The Olympic Hero on his four-week retirement run, ultimately falling to the Angle Slam at the end of an intensely competitive match. Who will Angle face next?

We will just have to tune in to see who faces Kurt Angle next week. Check back with Ringside News during the show and we will keep you updated while RAW is on the air with our live results.