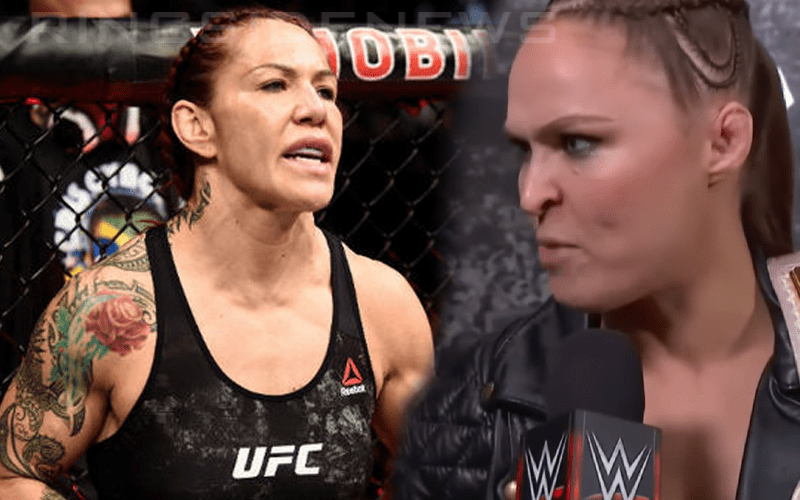 Ronda Rousey and Cris Cyborg were never able to make things happen in the UFC. However, anything can happen in WWE.

Cyborg was spotted at the WWE Performance Center, but we reported that there was no talking between the two sides. Cyborg later clarified that she was just there chatting with some friends and checking things out. This didn’t stop Cyborg from sharing a photoshopped picture of herself and The Baddest Woman On The Planet in a WWE ring.

The #FreeCyborg could be read where it seems that she wants to be freed up to possibly make this match happen. Then again, Cyborg is probably trying to just drum up interest yet again.

You never know what Vince McMahon has up his sleeves, but if Ronda Rousey is leaving after WrestleMania, then a match vs Cris Cyborg probably isn’t in the cards.