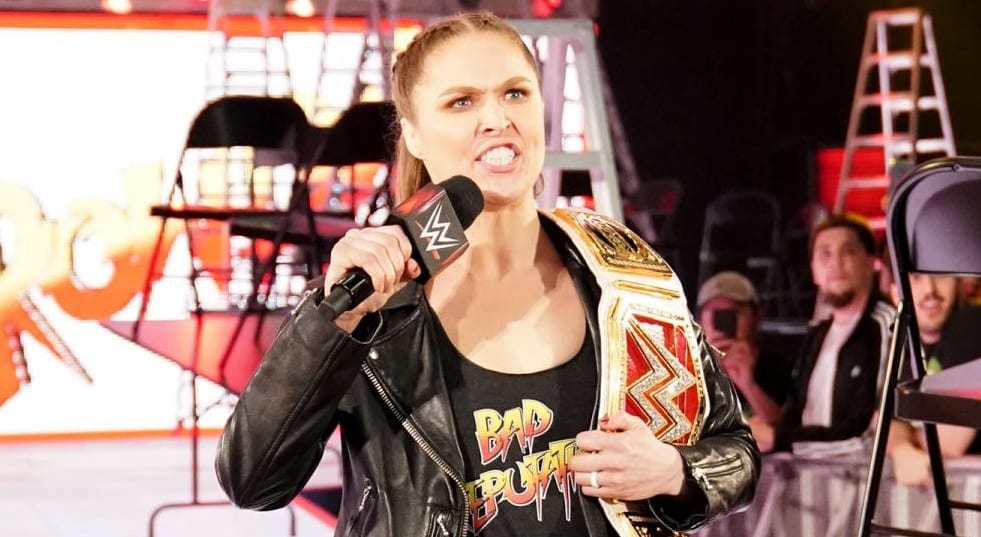 Ronda Rousey could very well be leaving WWE sometime after WrestleMania. This doesn’t mean that she will be gone forever, but she would need a break to start a family. This is something that a few people already knew about though.

Rousey recently opened up to ESPN about the reports that she is destined to be taking time off after WrestleMania and cease being a full-time WWE Superstar. This was no secret for Rousey and she continued to explain her position on the situation.

“I’ve not kept it a secret that I would definitely want to start a family.”

“It would be kind of cool to just keep acting and then one day, ‘Hey, surprise twist, I’m pregnant.’ That would be fun. There’s a lot of things up in the air. A lot of decisions that we’ve gotta make as a family. I’m trying to figure it out as I go along.”

It’s understandable that Ronda Rousey would want to follow her dreams in as many ways as possible. Still, it makes us wonder how long a break Rousey would need from WWE even if she is able to get right on starting a family with husband Travis Browne.