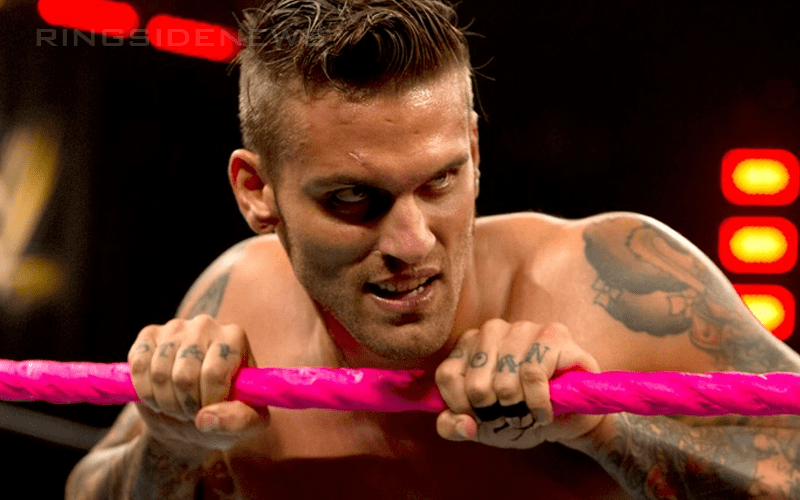 Corey Graves had years of experience under his belt in the indie wrestling scene before arriving in FCW which later turned into NXT. The Savior Of Misbehavior could still be wrestling today and had a great future ahead of him in WWE as an in-ring performer, but concussions ended his career.

Graves is on television way more today than he ever probably would have been as a wrestler because he gets to talk throughout the entire show. He is one of the best heel commentators in the business and is working on both Raw and SmackDown Live.

When Corey Graves recently saw an older clip of him in NXT mixing it up with Seth Rollins, it was certainly a blast from the past. However, this bit of nostalgia for Graves came with a clever comment as well because that is what he is known for.

“I pulled a hamstring just watching this.”

Graves might never wrestle again, but he doesn’t need to. He has the ability to turn a quick phrase and is very comfortable in the announcing position.

Fox’s wish to turn SmackDown Live back into a two-person announce team might cause WWE to rethink having him on both shows. However, you never know what will happen in WWE. Just don’t expect to see those kinds of in-ring moves out of The World Champion Of Love again.