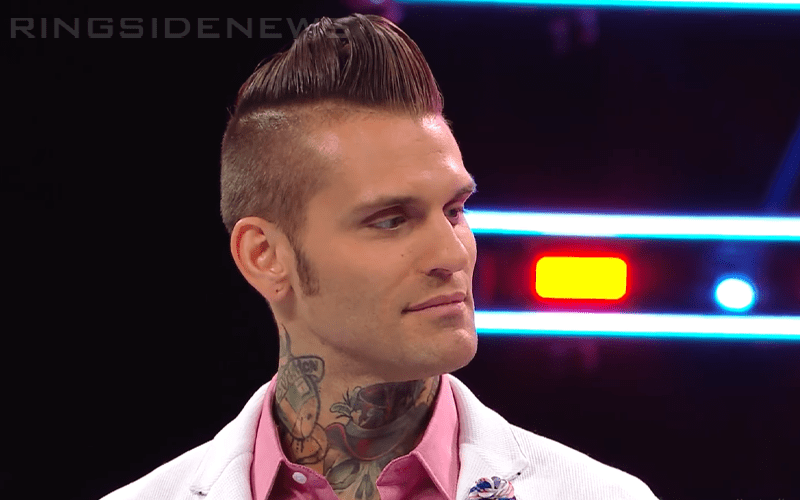 Corey Graves was once known as “The Savior Of Misbehavior” when he was an NXT Superstar. He’s gone by that nickname a couple of times since, but now he has a new name and it’s a winner.

From now on, Corey Graves wants to be referenced to as the “World Champion Of Love.” He won’t accept abbreviations either so don’t try to be lazy about it.

“I demand to be referred to as the ‘World Champion of Love.’ And ONLY that. No abbreviations, either.

Just in case you want to get on Graves’ good side, you know what to call him. Let’s just see if this new name makes it on WWE television.