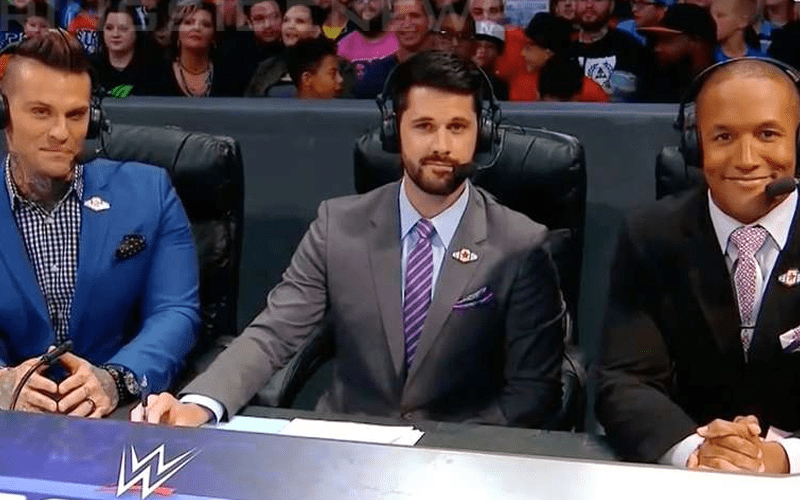 WWE is moving their SmackDown Live show to Fox in October. It was previously reported that Fox’s current plan for WWE’s blue brand is a “short term” one for Friday nights on the Fox Network. That might not be the only change.

SmackDown Live is currently announced by Tom Phillips, Byron Saxton, and Corey Graves. Since The Savior Of Misbehavior is already on RAW, WWE could elect to move him off of SmackDown. You never know how they might view the dichotomy between Phillips and Saxton so this is certainly an on-going situation.

We will just have to keep an eye on this story to see what happens next. In the meantime, keep checking Ringside News for all of the latest updates.