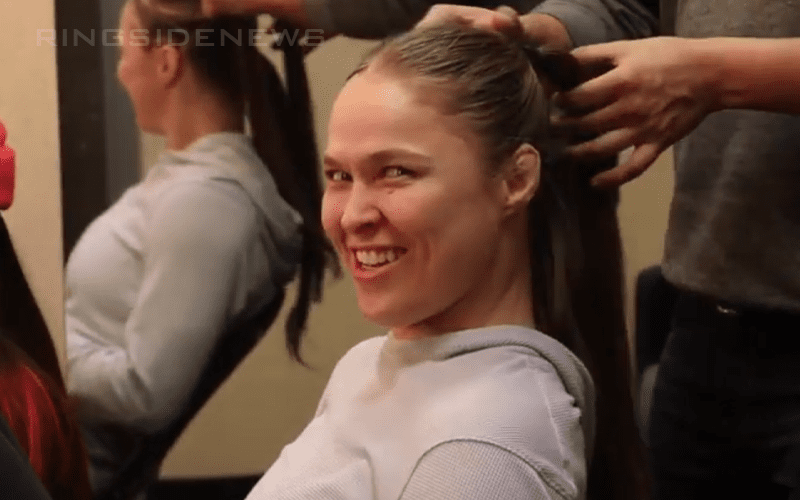 Ronda Rousey says that wrestling is scripted and apparently, so are her YouTube videos — at least that profanity-ridden promo was kayfabe. Because she was nothing but happy to be at WWE Fastlane in her latest video.

Rousey uploaded a new video on her way to Fastlane. She spoke about how Becky Lynch is winning her Fastlane match whether she likes it or not while heading to the event. Once she showed up, Rousey was shown having a great time and was all smiles as she kept singing, “life in the fast lane.”

Rousey was shown ringside before the event during rehearsals. She was the only one shown, but that’s what she appeared to be doing as she geared up for the night.

During the conclusion of the video, Ronda Rousey met who she said was her favorite commentator, a social media star named Tiffany E. It concluded on a very happy note as Rousey marked out for someone that she is truly entertained by.

So there was no promo full of profanities this time around. Although she did say that it is hard for her not to swear when she is so aware of the fact that she doesn’t need to swear so much.