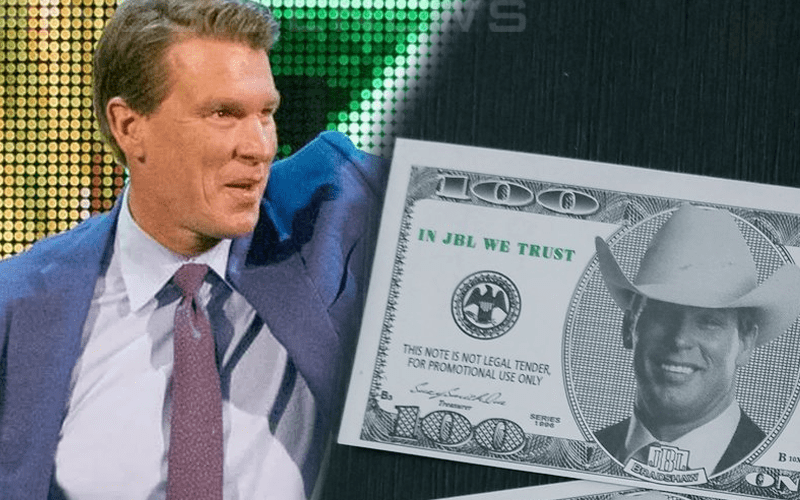 JBL has a history of having his own sense of humor. Some people love him and some people could do without his bullying ways. One waiter apparently felt the brunt of JBL’s joking and he wasn’t doing anything except for trying to serve the former WWE Champion.

Bradshaw recently bragged that he tipped a waiter all night after WrestleMania with fake JBL $100 bills — the same ones that fell from the ceiling — needless to say, he thought the memory was hilarious, but others might not have agreed.

Wrestlemania after party-I couldn’t get waited on at the bar-so I tipped the bartender a couple of these bills, not letting him see they weren’t real. I tipped him all night with $100 JBL bills, he had to be furious when he got home and saw me on the currency!

Some people might have thought it was funny, but obviously none of them are the waiter in question who got a pocketful of these phony JBL dollars. We can’t wait until that waiter resurfaces so he can clue us in on the end result of this random prank on a stranger.