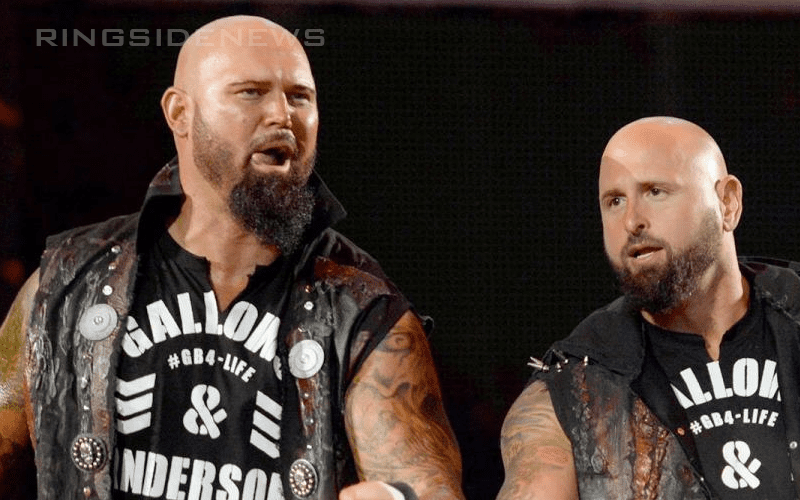 WWE has a lot of things going on and they are trying to make Superstar contracts something that isn’t an issue. We previously reported how some Superstars are holding out on signing a new deal with WWE because they want to see what the climate will be like in a few months. The Good Brothers could very well be in that boat because Karl Anderson and Luke Gallows rejected big WWE deals and are said to be leaving.

Ringside News has been told that many people backstage were not only surprised that the word got out about The Good Brothers’ intentions on leaving, but also how Luke Gallows and Karl Anderson have been handling the situation all around.

Anderson has been quite vocal about spending so much time at home and how much he enjoys it. He also took the time to have his son record a video for fans to address the Good Brothers’ intentions on departing from WWE.

Some would be shocked to actually see The Good Brothers leave WWE at this stage in their careers.

Karl Anderson is 39-years-old and Luke Gallows is 35. WWE offered them each five-year deals that would have amounted to millions of dollars. They said no, but they could be waiting for a larger offer when their contracts come closer to expiring in September.