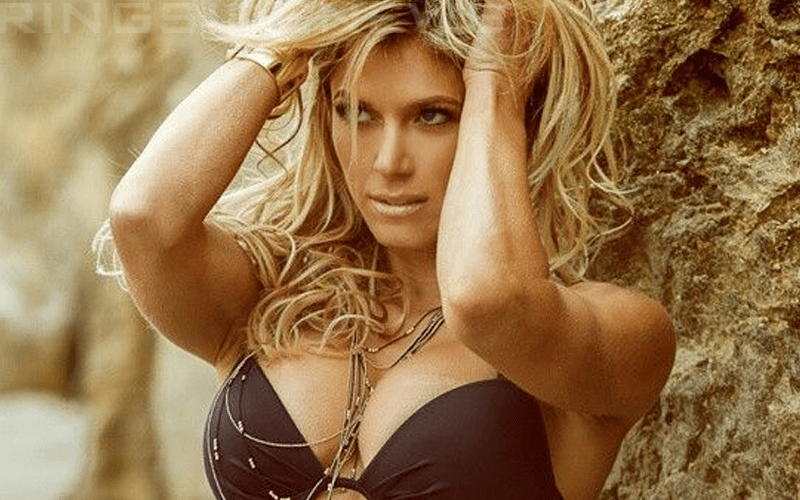 Torrie Wilson has a lot to be happy about right now. She is set to be honored with a WWE Hall Of Fame induction, but apparently, she recently got some troubling news. She is hearing stories about an ex-boyfriend who allegedly stepped out on her often. Now Torrie is letting her opinion out there.

Wilson said that it makes her “wanna guzzle every cleaner under the sink” hearing stories of women who “dated” her ex. So Torrie Wilson is feeling pretty dirty right not.

Just disgusted with reading about all the other women who “dated” an during the same timeline I did. Makes me wanna guzzle every cleaner under the sink.

Meaning I feel DIRTY. Meant as a PUN not literally.

In case you were wondering, Who’s Dated Who lists the following relationships for Torrie Wilson. We’re not going to put anyone on blast, but yeah… this should help you narrow it down.

Peter Gruner and Wilson were married but divorced. They were together from 1999-2008. She also dated Nick Mitchell (Mitch from the Spirit Squad) from 2006-2011. Then from 2011 to 2015 Wilson dated Alex Rodriguez. In recent news, A-Rod became engaged to Jennifer Lopez.

Hopefully, Torrie Wilson will never feel the sting of being cheated on again. In the meantime, someone might want to lock the cabinet under her kitchen sink just to be safe.