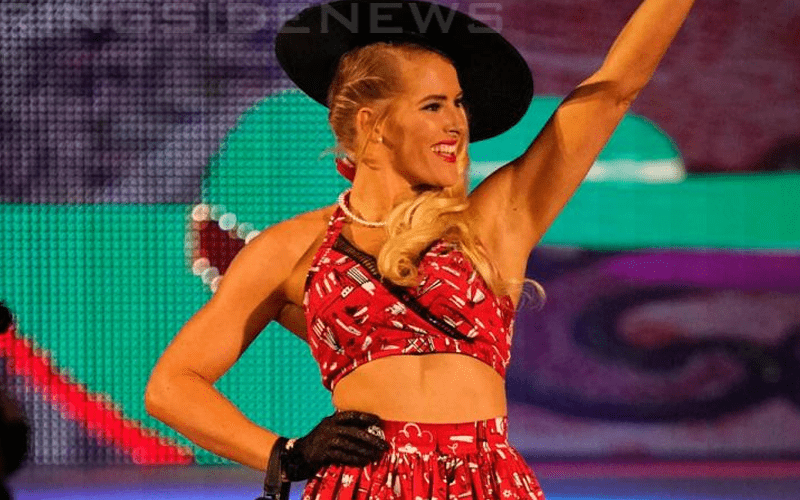 WWE touted a pretty impressive statistic this week. They now have 1 billion followers on social media. Of course, if you really look at the numbers that claim not all it’s cracked up to be.

Fans seemed to notice that Lacey Evans didn’t come out on SmackDown Live this week for an appearance. The Lady Of WWE certainly saw this claim and she would like to take full credit for it.

Its because I have arrived. @wwe can thank me…. with a check👒

If you ask Lacey Evans though, WWE owes her a check for her services now more than ever.