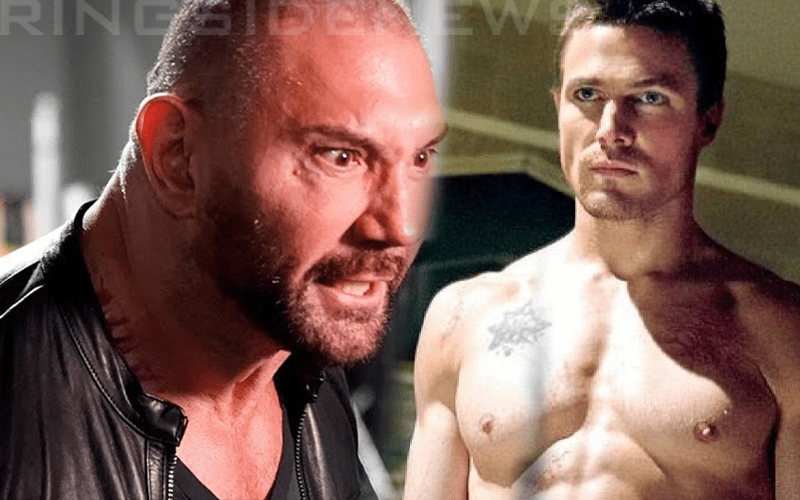 Batista is back in WWE, but some people aren’t fans of bringing back part-timers and celebrities just for a match at WrestleMania. It looked like Stephen Amell was throwing some shade at Batista, but now he doing some serious backpeddleing.

The Animal was not happy about hearing a supposed dig at his WWE return. This is when Amell did a quick change of tone to clarify what he meant by his remark.

Hey Dave — I went out of my way to introduce myself to you in Atlanta at a convention so I could tell you what a big fan of yours I am. You couldn’t have been more pleasant. My tweet was meant to poke fun at me. It clearly wasn’t funny. Please don’t kill me.

This just goes to show that not only should Twitter have an edit button, but maybe they should allow for more characters so people can fully explain themselves.