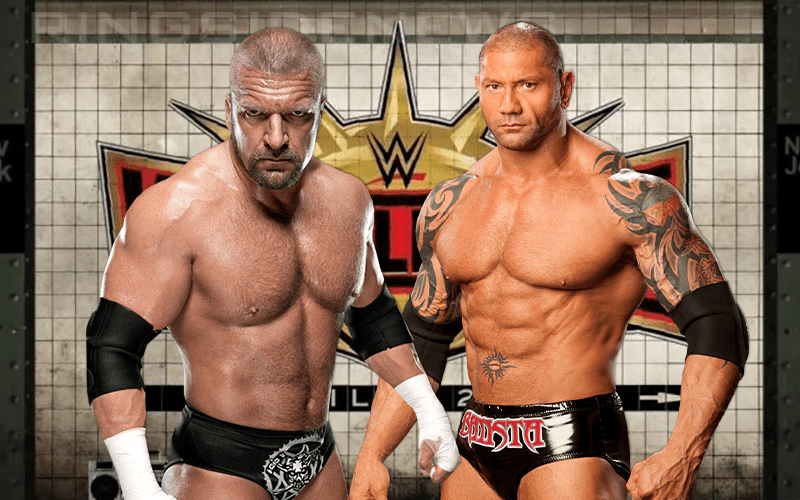 Triple H came out on RAW to address Batista. Then The Animal showed up with a gang of security.

Triple H refused to give Batista what he wanted and told him to get in the ring and face him like a man. The Animal said that Triple H wanted to give him what he wants, but he wouldn’t do it because he wasn’t in control.

It looks like Batista finally got what he wanted. Before Batista left, Triple H said this match will be on his terms: No holds barred.