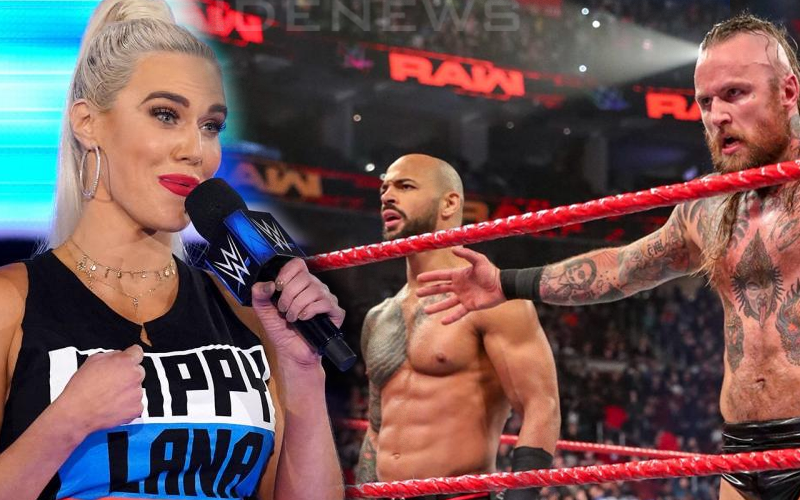 Lana is not a very happy camper right now. Not only is she sporting a medical boot after her “ankle injury” at the WWE Royal Rumble, but she lost her spot on Total Divas and she is not happy with Ronda Rousey at all.

There is a lot to complain about for Rusev and Lana right now. The Ravishing Russian without an accent recently fired off on Twitter where she directed her rage at Aleister Black and Ricochet in a big way.

A dream team?We have Aleister who is so ordinary & insecure he had to tattoo his entire body to fit in with the misfits. Ricochet who just flips all over the ring with no emotion like the du & then we have the legends…THE HARDY’s returning for the 17000th time!YAY

Rusev and Shinsuke Nakamura are set to team with The Bar against Aleister Black & Ricochet and The Hardy Boyz on SmackDown Live tonight. This little tirade was a great way to not only allow Lana to vent some of that frustration but also hype the upcoming match on SmackDown Live.