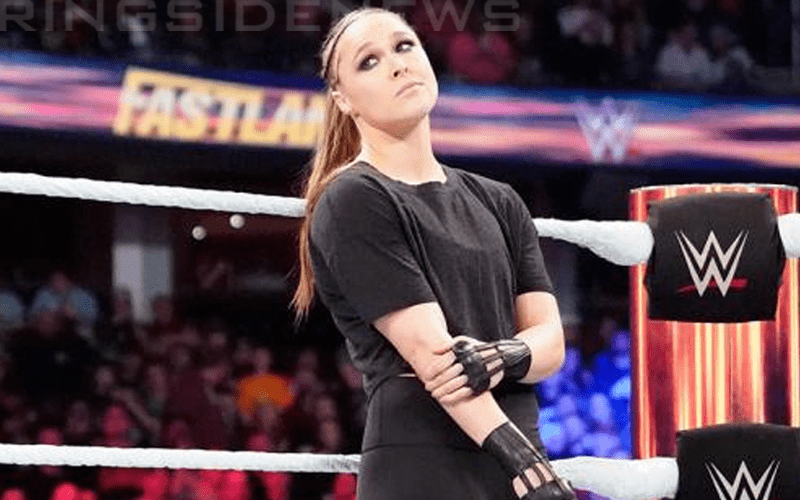 Ronda Rousey wanted Becky Lynch to be in the WrestleMania main event so badly that she showed up at WWE Fastlane when she wasn’t booked for a match just for a little retribution.

This act of defiance against WWE saw Becky Lynch win via DQ in a match against Charlotte Flair that was very one-sided. Ronda Rousey explained her actions on the afternoon following WWE Fastlane by saying that she wasn’t trying to save anyone because Lynch was the one trying to hide from The Baddest Woman On The Planet’s wrath.

No , I going to let you throw the match against @charlottewwe so u could try2save face&evade my wrath a Wrestlemania. Everyone should be thanking me getting Charlotte disqualified & sparing them from hearing ur woe-is-me BS for the next year

Monday Night Raw could be very interesting this week as we hit the homestretch on the road to WrestleMania. Only time will tell when Ronda Rousey will act on her own volition once again.