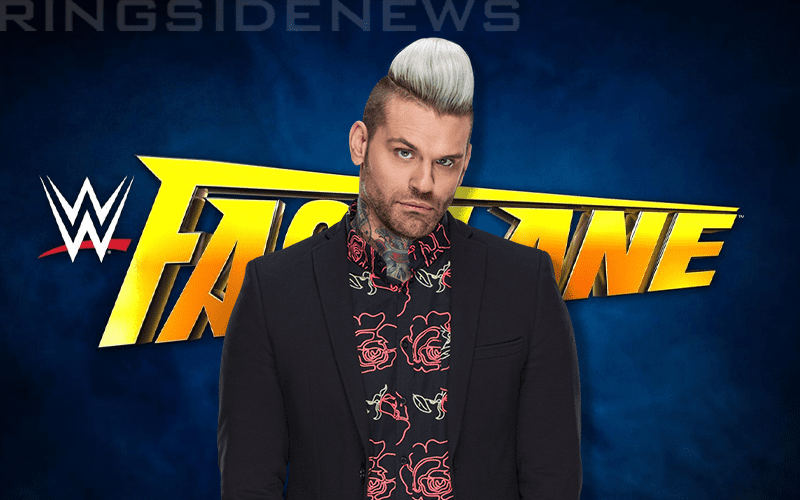 WWE Fastlane is in the books and now all fans can do is wonder what WWE will do on the rest of the road to WrestleMania. Corey Graves had one of the best seats in the house on Sunday and he was obviously moved by how the event went down.

Roman Reigns, Seth Rollins, and Dean Ambrose are three of Graves’ best friends in WWE. Dean Ambrose appears to be taking off after his WWE contract is up and The Shield’s “final match” as a team headlined the big Cleveland show.

Corey Graves doesn’t get emotional on social media very often, but he could not keep his thoughts to himself following WWE Fastlane.

There’s an old saying about when you stop feeling, it’s time to get out.

It’s not often that I get tears in my eyes and lost in the moment.

Tonight was one of those nights.#WWEFastlane

And just to clarify any confusion, that last tweet was a positive one.

I was reminded why I love this so much.

WWE Fastlane was a special event for a lot of people. This is especially true for people who love confusing booking choices. The company went out of their way to paint a picture of Dean Ambrose’s exit and judging by Corey Graves’ message he is one to believe that the Lunatic Fringe will not be a WWE Superstar after his contract is up at the end of April.