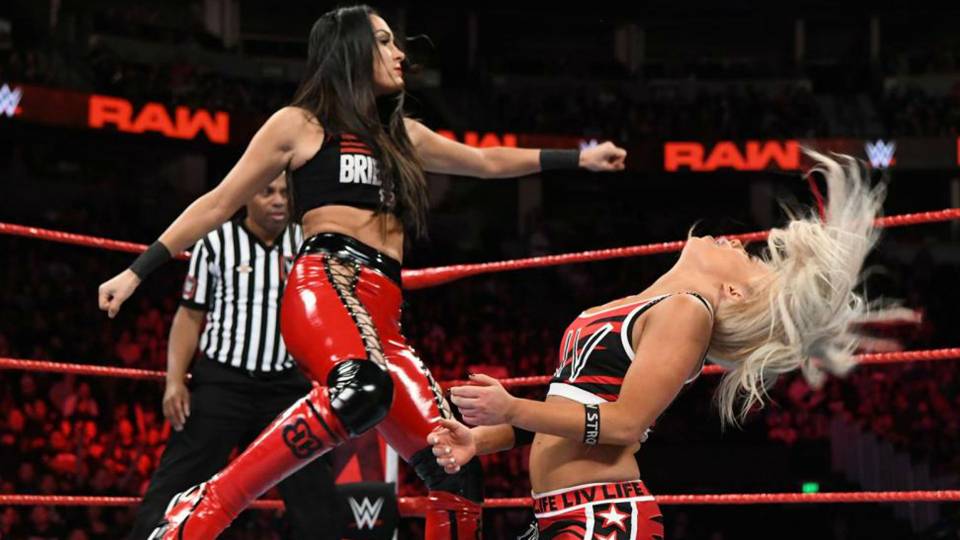 Brie Bella’s return to the ring last year was met with a fair amount of criticism. A lot of that negativity circled around the fact that she injured Liv Morgan by kicking her in the head multiple times.

Morgan suffered a concussion from that botch which was the same type of injury that cost Brie Bella’s husband Daniel Bryan his WWE career for a couple of years.

Bella obviously heard what was being said about her and spoke to Digital Spy about the entire experience. She took it really hard and even though some tried to come out and support her, it was still a big lesson to learn for the veteran.

“It’s crazy how I’ve been wrestling for 12 years and one of my major mistakes in the ring I get judged so harshly on. We’re not perfect, no one’s perfect, you know how many people have been injured in the ring? But for some reason I was like showcased in such a way of like, this evil person, and ‘look what she’s done’ and I got bullied really bad.”

“I wanted to run into a cave and you’ll see. I don’t think people have ever seen me break down as bad as they will during the whole Liv situation. I went into depression. I didn’t know if I was going to be able to go back to work. All the horrible things people were saying about me, I felt a thousand times worse than the things they thought of me and I really had to sit down and think to myself, ‘Brie, you’re a mother’ and if Birdie was in this situation would you want her to feel this bad or would you want her to stand up to it and be like, ‘screw you guys’?”

“I made a mistake and she’s not badly injured and you know what, this is our business, this is what we all signed up for. Everyone’s going to see backstage even how Liv and I were with each other. Out in the WWE ring, we have to play so much, bad guy, good guy, don’t talk to your competitors, but backstage you’ll see that we’re all really close and it affects us. We never want to go out there and hurt each other, so when it happens it’s emotional. But people are going to hear my side of the story and my voice and how it’s about damn time that trolls stopped going on the internet and bullying everyone.”

Hopefully, something like this will never happen again, but Brie Bella has yet to make a real return since that run. The program for the Bella Twins leading to WWE Evolution was centered around a Nikki Bella singles match instead.

There is always the chance that the Bella Twins will enter the Royal Rumble match on Sunday. So we will have to wait and see if Liv Morgan might be able to give some kind of a receipt in Phoenix.