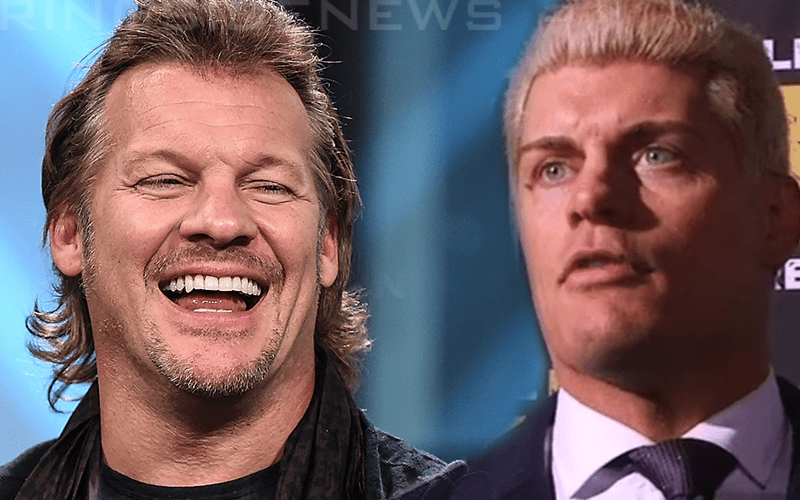 Chris Jericho can be a controversial figure. He says what he wants and knows how things need to be done in accordance with his master plan. After all, Y2J’s plans have worked out pretty well for him so far.

While speaking to the New York Post, Cody Rhodes revealed how big of a deal that it is to have Chris Jericho in AEW. However, just because it is a big deal doesn’t mean that they don’t disagree as he continued to call Y2J “kind of a dick.”

“Chris Jericho is always gonna be the same. There is a reason he’s closed out a WrestleMania. He’s very, very, very involved and he’s very smart and very fair.”

“I think heavy, heavy, heavy disagreements with me and Chris Jericho. I have a ton of respect for him, but we disagree on a great deal. But him coming to AEW is a huge endorsement, massive. This guy, I grew up watching him and to watch him at that rally, it was MJF [Maxwell Jacob Freeman] who he walked by. To watch MJF, who doesn’t sell anything, and his eyes light up so it was a surprise. That to me is a big endorsement.”

It is no real surprise that Chris Jericho already read this interview and responded by threatening to knock Cody’s “damn teeth out.” It looks like these two could be headed toward a match, but they still have plenty of time for many confrontations to come during Chris Jericho’s run with the new company.