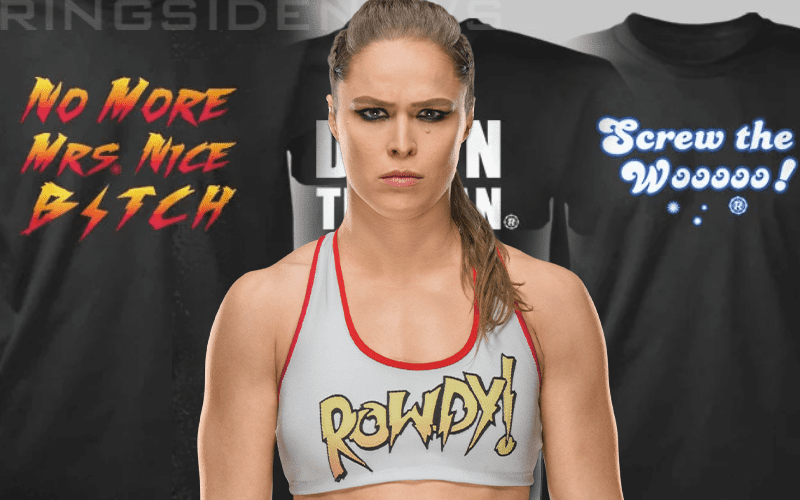 Ronda Rousey turned heel this week on RAW and it was a pretty violent turn of events. She pinned Becky Lynch to the ground after heaving her to the mat where Rousey laid in some stiff body shots to The Man after Charlotte Flair got out of the ring quickly.

Before Rousey unleashed her assault, she screamed, “Damn The Man, screw the woo, and no more Mrs Nice Bitch.” This is when things really heated up.

Now Ronda Rousey is selling t-shirts on her official website with these sayings on them. It is very interesting how her “Damn The Man” shirt looks a lot like Becky Lynch’s “The Man” t-shirts. Then again, Lynch’s t-shirts are modeled after “Austin 3:16” t-shirts so it’s the circle of promotion.

This is a pretty great idea for Rousey, but she might not have had time to ask WWE for permission first before doing it. After all, she doesn’t need that job. So she’ll be fine.