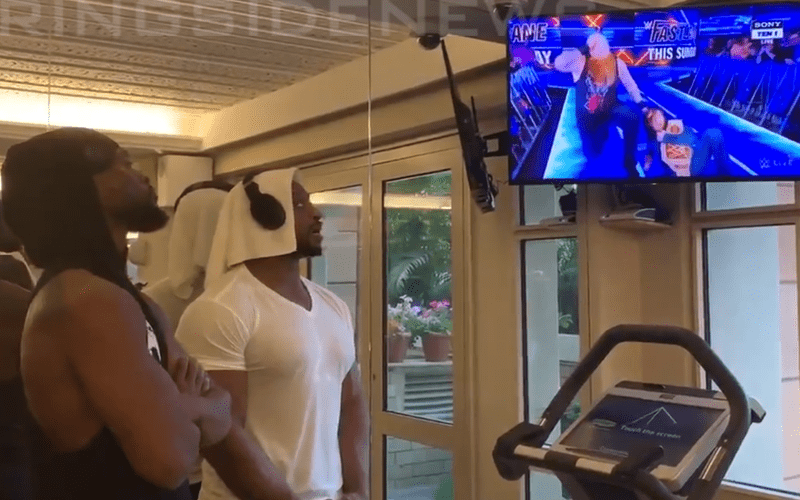 Kofi Kingston was pulled from the WWE Title match at Fastlane. This was not his plan because just before Vince McMahon replaced him for Kevin Owens, Kofi was determined to leave Fastlane as WWE Champion.

The New Day were in India for a promotional tour during SmackDown Live this week. This is not something that Daniel Bryan made up in his promo. They have been in India all week, but that doesn’t mean the New Day weren’t paying attention to the show.

Kofi Kingston uploaded a video of himself and Big E watching SmackDown Live while in the gym during this promotional tour. We can only assume that Xavier Woods was behind the camera. They had a focused look on their faces as they watched the events go down on the screen which told the story that they are not done chasing the WWE Title for Kingston.

The crowd was red-hot for Kofi Kingston as they blasted the WWE Champion with chants of “Kofi.” The New Day certainly heard that response, but they were in India so there was nothing they could do but watch this week.