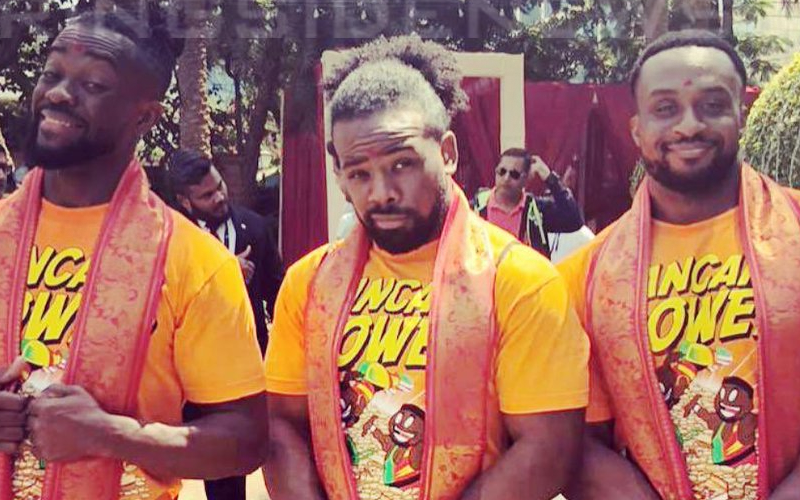 The New Day has been a favorite act for crowds at WWE live events since they formed in 2014. Kofi Kingston is just now reaping the singular benefits of being a part of that popular team. However, fans at WWE’s live events won’t be seeing The New Day this weekend because they are not even in the United States.

The New Day was sent to India on a mission to spread the word about WWE. With India’s WWE tryouts starting today and a WWE Performance Center apparently on the way, they had a lot to talk about.

Kofi Kingston will likely be back in time to appear on SmackDown Live this week, so don’t worry about that. They certainly had a huge crowd to greet them in India to make them feel right at home.

NXT Performance Center coach Robbie Brookside is also representing WWE on this trip and he posted a video of the massive amount people gathered to greet them.

So if you were worried that The New Day were pulled from WWE live events because of something bad — stop worrying. The company still holds them in high enough regard to send the trio to another country to represent WWE.