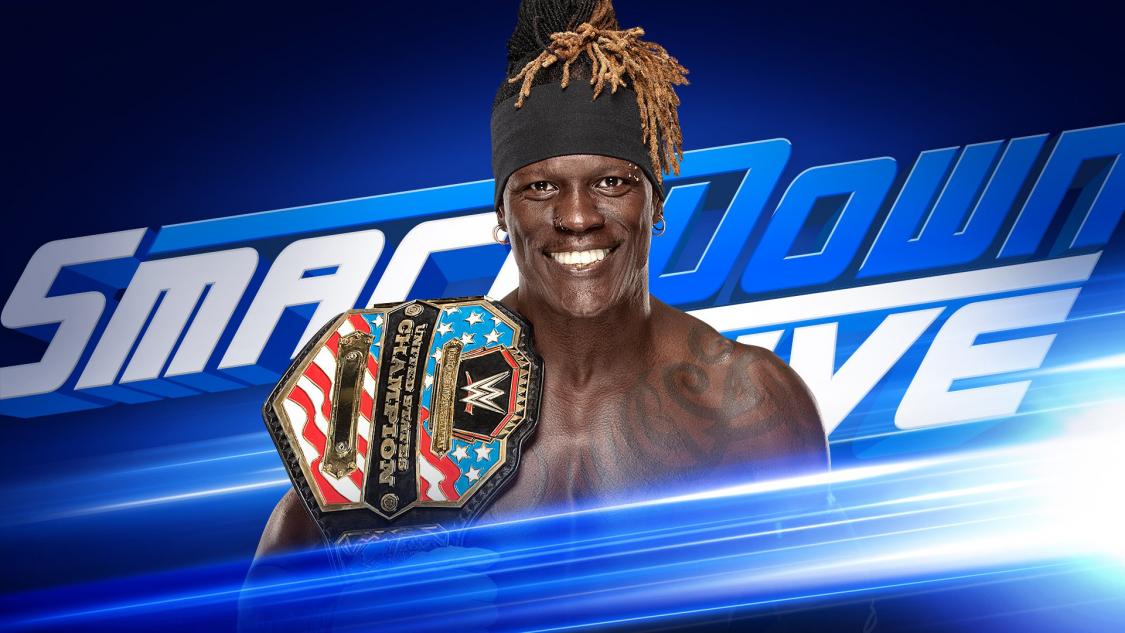 Welcome to Ringside News’ live results for SmackDown. Keep refreshing the page throughout the show for constant updates!

There is a lot of ground to cover before WWE Fastlane and this is the go-home SmackDown Live before the event. Daniel Bryan will need to address Kevin Owens after KO’s unexpected return last week where he replaced Kofi Kingston in the WWE Title match.

We also have to wonder if Kofi Kingston or his New Day brothers will have anything to say about what went down last week too.

R-Truth is planning another US Open Challenge. Fans got a pretty good match last week when both Rey Mysterio and Andrade came to the ring and a triple threat match ensued.

We could also be getting a surprising addition to WWE Fastlane in the form of another returning Superstar.

Asuka is still set to face Mandy Rose in Cleveland at Fastlane and you have to wonder if the SmackDown Women’s Champion has anything to say about almost being injured last night. To be fair, that was not Mandy Rose’s fault because Asuka tucked her neck when she shouldn’t have.

Speaking of Cleveland Ohio, their hometown son The Miz will get a chance to win the SmackDown Tag Team Titles once again with Shane McMahon as they face The Usos at Fastlane. Perhaps we will be seeing some progress in that storyline.

We will have all of that action and so much more as SmackDown Live kicks off at 8:00 PM. Until then, please enjoy the following video to get you prepared for this week’s broadcast.

Daniel Bryan and Rowan came out to open the show. Then they played a promo package showing Kofi Kingston getting screwed over last week.

The crowd was booing the booking change and Daniel Bryan talked about how he remained silent while everyone gushed about Kofi Kingston and he didn’t say a word when McMahon replaced Kofi. The crowd was chanting “Kofi” in a big way.

Bryan said he’s not out there to talk about Kofi, because Kofi is a “supporting player” then he said Kofi is where he needs to be…. with the New Day on a promotional tour of India.

Bryan said that Kevin Owens is just like the people in the crowd. He’s fat like everyone else. He said that he has everything to lose and he is the Planet’s Champion.

Then KO came out. Owens said he became a member of the WWE Universe again over his recovery because he’s been able to watch every week from his couch at home.

Owens said when Daniel Bryan was on screen it wasn’t hard, it was awful. He said he can’t stand people who think they’re better than everyone else. KO said Bryan throwing the WWE Title in the trash was the last straw. He said that Bryan deserves to have his stupid condescending mouth shut and he’s the one who’s going to do it.

Bryan threw a dig about Kevin eating and KO said that Daniel Bryan is resorting to low-brow fat jokes. They had a little back and forth about low-brow humor. Then Kevin Owens said “yep” he’s just like these people because he also thinks he’s a pretenious jackass.

Owens said he doesn’t have a reality tv show or a 7-footer playing backup dancer like Bryan either. He said that it wasn’t his intention to take Kofi’s opportunity, but he will win the WWE Title at Fastlane. Owens asked Rowan if he had a problem while calling him “redwood” and then he started punching Rowan to send him out of the ring. Then Rowan came back and laid Owens out.

Jey Uso vs The Miz

Down since Day One Ish — The Usos came out first and they were hyped. If Miz’s dad is allowed to be at ringside at WWE Fastlane, then Rikishi deserves a seat too, just saying.

The Usos cut a hilarious promo on McMiz including Jimmy doing an impression of The Miz. Jimmy made fun of Shane McMahon jumping off of things including the WrestleMania sign. WWE writers are now borrowing from memes.

Shane came out and said that all the things that The Usos just made fun of them about is what makes them the best tag team in the world. Then The Miz said he will make his dad proud at Fastlane.

Jey and Miz got to action pretty quickly and were going hard to prove a point before Fastlane. Jey ended up taking control in the ring with some kicks, but Miz got out of a Samoan drop attempt and landed some running double knees in the corner. Jey countered a clothesline into a backslide for a two count. Then The Miz nailed a DDT for another near fall.

Jey hit a running hip attack in the corner and climbed up top. The Miz got up his legs, but Jey turned it into a pinning attempt. Jimmy got involved then Shane fought him off.

The Miz hit a Skull Crushing Finale off the distraction and got the win.

Charlotte Flair was there and she cut an interview backstage. She said the blue brand misses seeing Becky Lynch hobbling around on a crutch so she’s inviting there tonight.