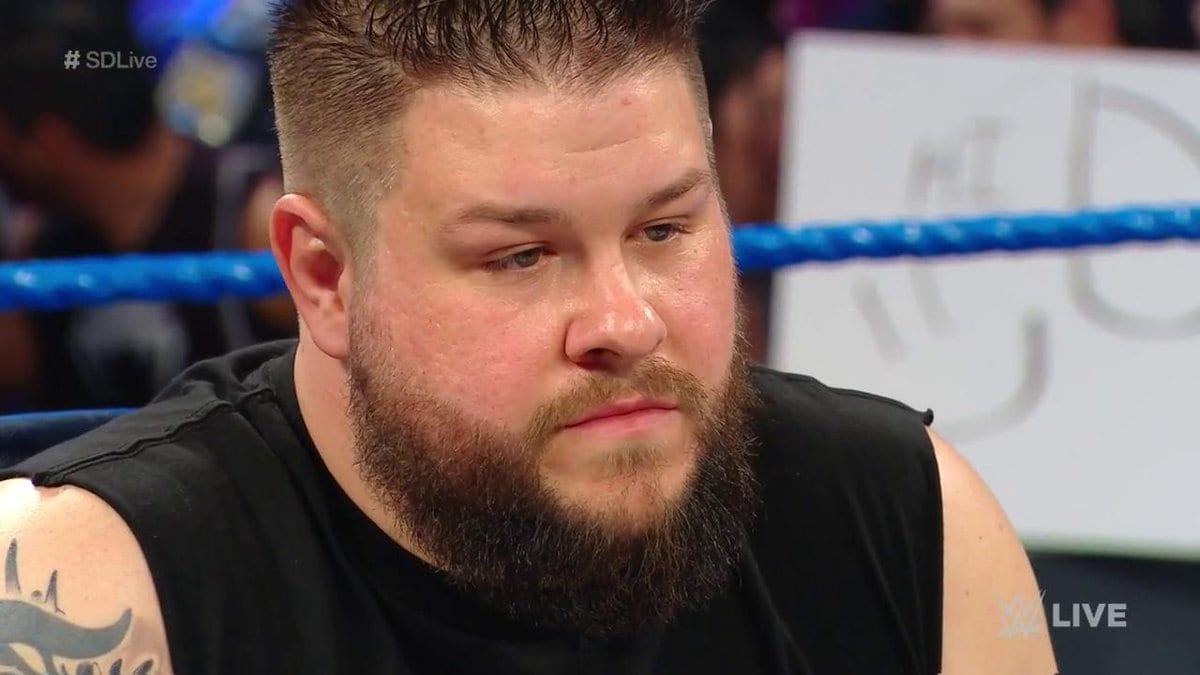 The New Day had the crowd hyped and everyone was excited for Kofi Kingston’s WWE Title match at Fastlane. The Charlotte crowd was blowing the roof off the building for Kofi Kingston, but Vince McMahon had other plans.

Before Kofi Kingston could sign his contract, Vince McMahon came out and pulled Kofi from the match. He said that he is replacing Kofi because he has a responsibility to present the biggest box office possible.

Vince said he was replacing Kofi Kingston with someone more appropriate and deserving. Then he brought out Kevin Owens who came out to a thunderous ovation. As Owens sat down in the seat where Kofi was just seated, he signed the contract instead.

Nobody was happy about this, especially the New Day. Kevin Owens didn’t say a word either as he sat in the chair with his awesome new tattoo and Daniel Bryan’s blank stare didn’t change one bit.

Now we have Daniel Bryan vs Kevin Owens at WWE Fastlane. The crowd really wants Kofi Kingston, so this makes us wonder if a WrestleMania destination could be on the way for Kingston.