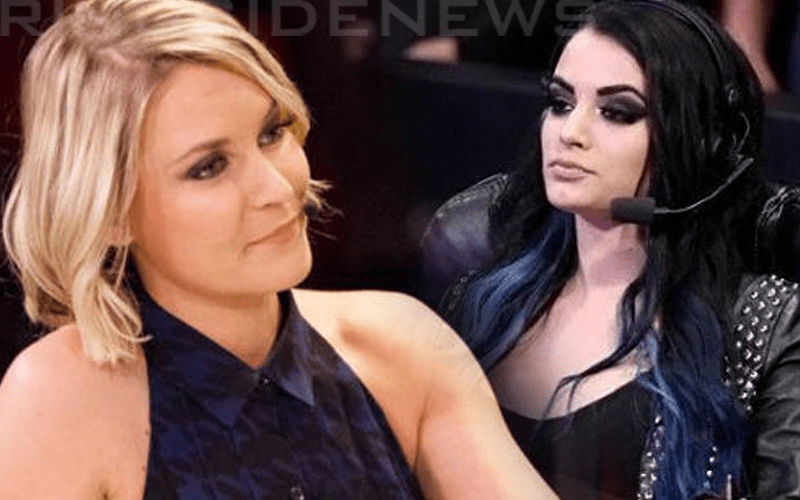 During a recent episode of Regular Girls, Renee Young took part in a Q&A session. She dove head-first into the topic of having a kid and disclosed that she is now ready for children. Then she was asked something very interesting. What about an all-female commentary team in WWE?

Renee Young liked the idea of trying that out for the Mae Young Classic. She praised Beth Phoenix for being so great at commentary, but the idea of who would call the play-by-play action is another story. Then Young had a great idea because Paige isn’t doing anything right now.

“I think Paige would be excellent on commentary. I’ve been saying that for a little while. You know with her being out of in-ring action and we no longer have that GM role on SmackDown Live and she is you know in the same way as Beth Phoenix she’s someone who grew up in wrestling. She knows it, she loves it. She’s got such a strong character and a strong personality that I think she would be a shoo-in to step in on commentary anywhere.”

“I’m gonna bug her about that. I’m gonna try to make that happen because I think she would crush it.”

You never know how Paige could be used on WWE television now. Her contract is running up in April this year, so something might need to be arranged soon.

Renee Young thinks that Paige would “crush it” on commentary and it’s hard to deny that would be a very interesting idea. After all, Paige plus a live microphone could equal some great moments in WWE history.