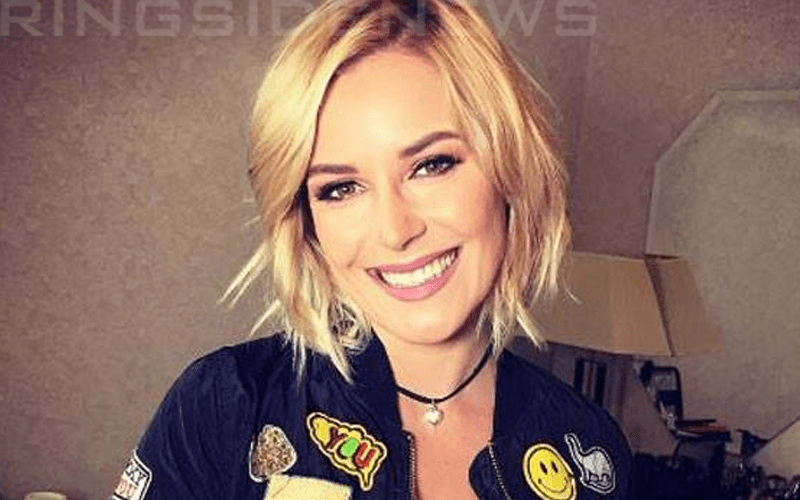 Renee Young is on television every week as an announcer on RAW. As WWE’s first full-time female announcer, she has a lot of responsibilities. Adding motherhood to that laundry list of things to do for Young might sound like a lot to carry, but she is ready to take that next step now.

During a Q&A on Regular Girls, Renee Young was asked if she wanted to have kids. Her reply was pretty lengthy, to say the least, but it is a very important topic to tackle.

“Yeah, at some point I would like to have children. I feel like I’m 33, so tick-tock, right? Sh*t or get off the pot. Which is not true, I mean lots of women have babies much later than that. So I guess I do still have time which is lovely to think of.”

Renee Young said that sometimes she feels an “immense pressure” to have children “reality sets in” or it’s just a biological thing that happens. Young said she “always knew that I would want to have kids, but it had never had been an ‘oh, I want kids now,’ kind of thing.”

At this point, it seems that the RAW announcer would welcome the idea.

“I think that’s been something that I’ve thought about in the last couple months. I’m just sort of thinking, ‘Yeah, I’d be down to clown.’ I’d be down to do that — at some point. I’m not saying that I want to do it right this second, but I have at least reached the point where I’m like, okay I think I’m ready for that next step in life at some point.”

Renee Young said “I don’t know how women do it,” when it comes to juggling everything and that is where the “woman superpower” kicks in. “Work is great, and work is cool and work has prominently been my life,” but Renee Young said she doesn’t want to give up on “life stuff” for her job anymore.

It might not happen right now, but if Dean Ambrose finds himself leaving WWE in April then he could eventually become a stay at home dad while he’s at home in-between road gigs.