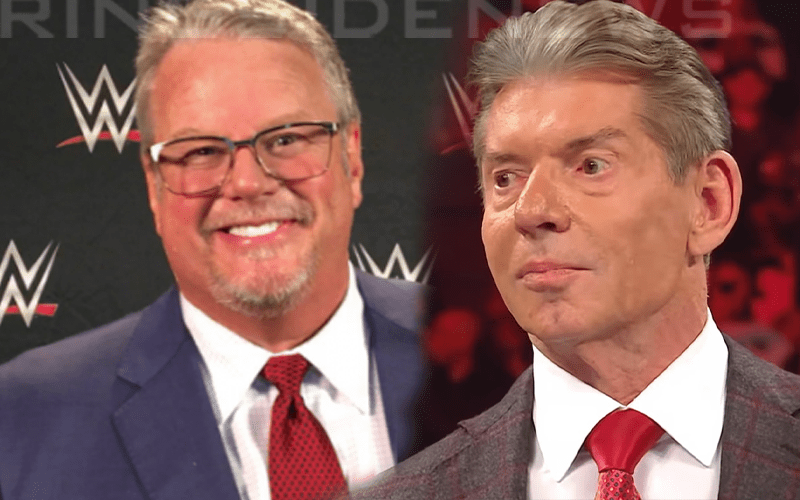 Bruce Prichard was brought back to WWE in a move that surprised a lot of fans considering how he left the company. He also experienced a career rejuvenation thanks to his Something To Wrestle With podcast where he regularly goofs on WWE.

It was initially reported that Prichard is in a role where he answers only to Vince McMahon, however, this is not the case. Dave Meltzer explained Prichard’s actual role with the company during Wrestling Observer Radio and that he was actually brought in months ago as a consultant.

“He’s also technically not on the writing team, I mean he’s– again, I don’t know if there’s a word for his role. I think he’s gonna be producing some vignettes, maybe. He’s not like — I mean he’s involved in the process, so he’s one of the key guys.”

“He’s not #2, but he’s gonna be a guy who has a voice in things. I mean he’s on the team you know why — Vince had already hired him in January as a consultant and now it’s a full-time job.”

Prichard’s podcast will not be going anywhere, but his live shows might get more difficult to pull off. He is still following through with any live shows that are already booked, after that, we will have to wait and see. WWE might be very careful about what Bruce Prichard says from now on during those uncensored events.