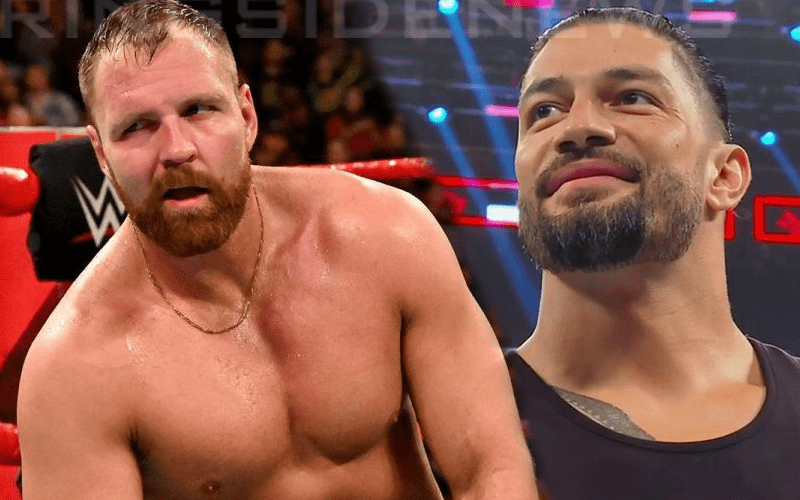 Roman Reigns started off RAW this week and the Philly crowd was very excited to see him. He said that last week was his comeback and this week he takes his yard back.

During RAW this week, Roman Reigns made a direct reference to Dean Ambrose leaving WWE. This was a storyline that Ringside News exclusively reported would be used.

Roman said there is one man standing in between what he really wants, his brother Seth Rollins. After all, Roman wants his WWE Universal Title back. Rollins came out and hyped his WrestleMania match and then he said if one man deserves a title shot as much as he does, it is Roman Reigns.

Rollins offered to talk about the issue and Reigns said that he’s wrong. Because while he was gone, Rollins watched over RAW and kept the place in line. Reigns said nobody has more confidence in Seth Rollins than him. Then he said, “Good luck, my brother… but I need a favor.”

Then Roman Reigns said, “I want to get the band back together one last time.” Rollins said, “Anything but that after what Ambrose did on the night he did it — no way, man.”

The crowd chanted, “Shield” and Reigns spoke about a new perspective he adopted during his recovery from leukemia. Then Reigns said:

“I don’t know what he’s doing, but he’s making headlines and I want one more match with my brothers before he might not be around anymore.”

This was a direct reference to the reports of Dean Ambrose’s WWE exit which we reported was being discussed.

Rollins said he put that part of his life behind him, but Roman is right. Then Seth Rollins said, “for you, my brother I’m in.” Roman Reigns told them to bring Ambrose out right now… and The Lunatic Fringe emerged.

Before Ambrose could say anything, Elias ran out and dropped Dean with a guitar shot across the back. Seth and Roman ran to help, but Elias had already vanished and Ambrose was selling the shot that shattered the guitar. Then Dean pushed Roman and Rollins away and walked off.

We will have to wait and see what happens next, but it looks like WWE is going to address the reports that Dean Ambrose is on his way out of WWE and use it as a storyline.