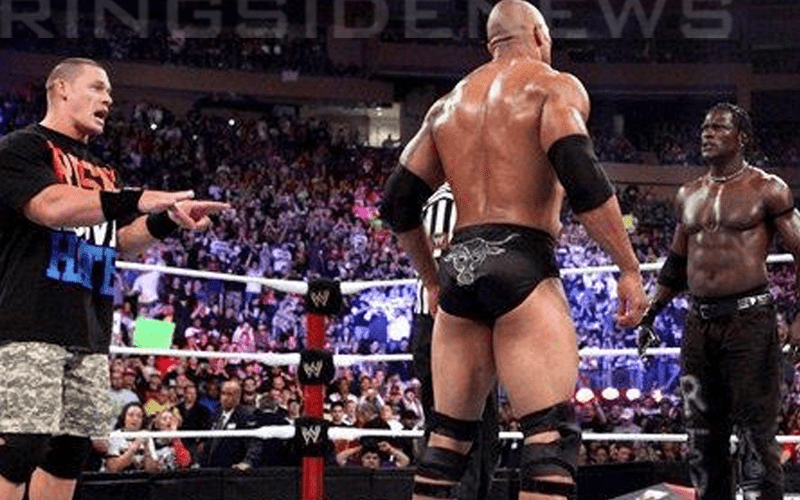 R-Truth has been fortunate enough to share the ring with plenty of talented Superstars who are of legendary status. However, when he was recently asked about his favorite match he had to say that it was his encounter against John Cena and The Rock while he was tagging with The Miz at the Survivor Series in 2011.

Awesome Truth was a fun tag team to watch and R-Truth explained to The AJ3 Report why his match against Cena and The Rock ranks above all of the other contests he had in the squared circle.

“Those two pretty much added esteem to the wrestling business man with entertainment, work ethic, ring awareness, psychology, everything around man. It was like legendary being in the ring with them.”

R-Truth is still the US Champion after successfully defending his title last week on SmackDown Live in a triple threat match against Andrade and Rey Mysterio after they both answered his US Open Challenge. Truth is likely set to defend his title in more US Open Challenges in the future as well, however, if The Rock and John Cena answered his call he might have a much more difficult time keeping his title.