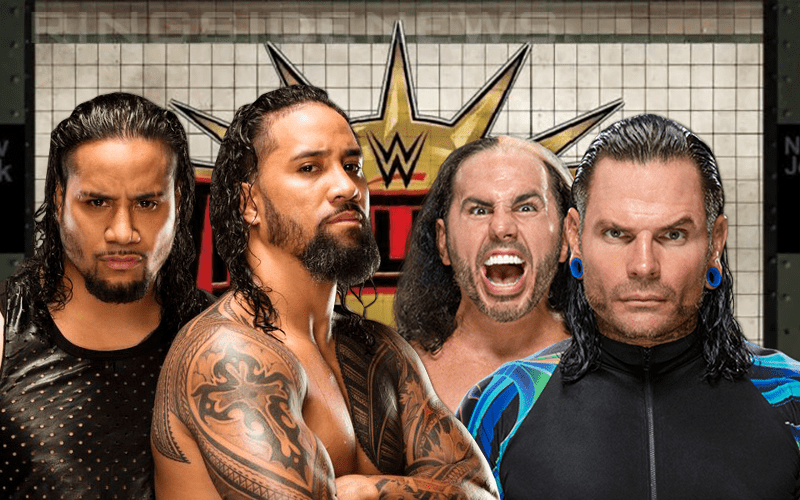 The Hardy Boyz made their big return as a team on SmackDown Live last week. This is great timing on the road to WrestleMania. A Mania encounter for tag team gold is certainly a possibility and a match versus The Usos was on our complete list of rumored WrestleMania matches so far.

Jeff Hardy recently spoke to The Five Count about The Hardy Boyz’ reunion. He felt very good about it so far and sees a big WrestleMania on the way that a lot of fans have often pictured.

“For sure. I got a really strong feeling about the Hardy Boyz reuniting — us against The Usos at Mania. I’m feeling that pretty big, we’ll see.”

You never know what can happen in WWE, especially when you have Vince McMahon still in control and keeping his writing team up until 3:30 AM working on the angles.

The Usos’ WWE contracts are also running up very soon as well and a match against The Hardy Boyz on the grandest stage of them all might be enticing enough to convince them to stick around a little longer.