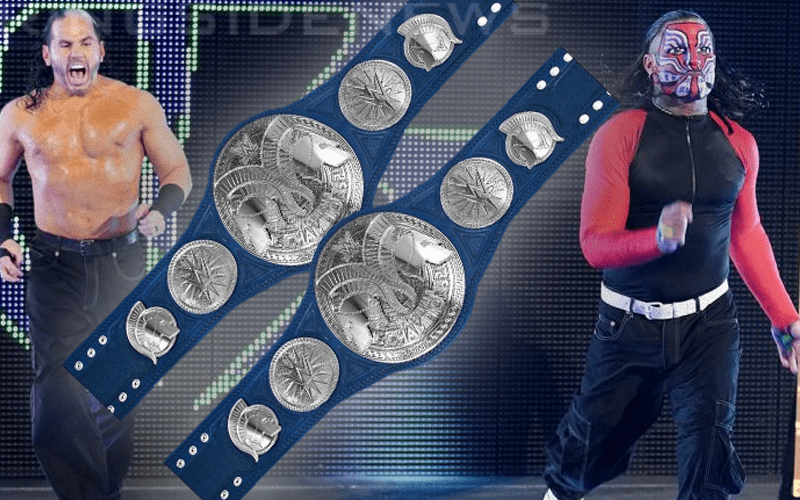 Matt Hardy was supposedly gearing up for a return to the indies which was something he hinted at big time while saying that his WWE contract is up in “11 days.” Therefore, fans took the man at his word and assumed his WWE contract would be up in early March. That is not the case.

Not only did WWE decide to extend Matt and Jeff Hardy’s contracts for an additional year, but Matt returned to WWE television this week to re-form the Hardy Boyz team. Now they want gold

Matt Hardy posted a picture of the SmackDown Tag Team Titles and only included one word: “PROCURE.” The Hardys are apparently on another Expedition Of Gold and they want to be the blue brand’s top tag team.

You never know what WrestleMania could hold for a team like The Hardy Boyz. Because they would love to recreate a WrestleMania moment and leave as champions again.