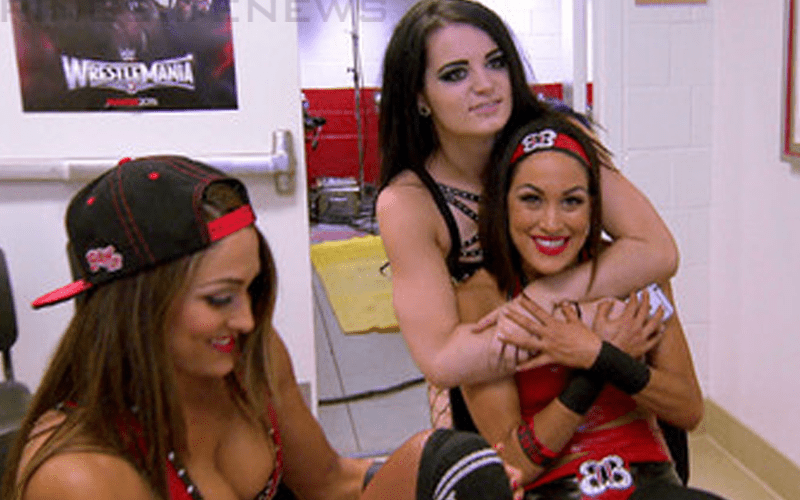 Total Divas is continually getting changed around for season nine. The switching keeps on coming because it looks like more original cast members will not be returning to the show.

Pro Wrestling Sheet reports that Nikki and Brie Bella are done with Total Divas. The twins have their own Total Bellas reality television show and they are going to focus their efforts on that now.

Now it looks like the cast for season nine is as follows: Ronda Rousey, Sonya Deville, Carmella, Natalya, Nia Jax, and Naomi. That might actually be incredibly interesting to watch.

This cast change seems like it will leave Paige out again. However, Carmella will be returning as a cast member.

Ronda Rousey has yet to official confirm her involvement, but she was reported to be a new member of the cast by Squared Circle Sirens.