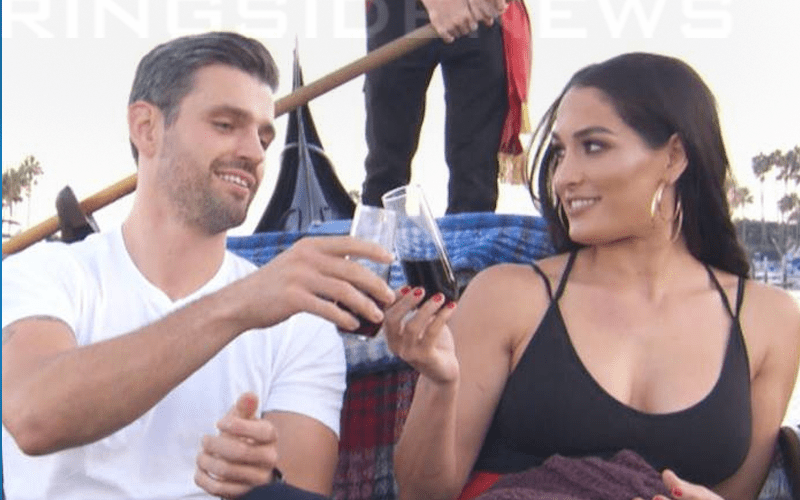 Nikki Bella is no longer with John Cena. The breakup was made very public due to their statuses and the fact that they were planning a wedding in Mexico at the time. Now that Nikki is single, she’s out and dating again. One person who has his eye on The Bella Twin is The Bachelor’s Peter Kraus.

In a sneak peek for Total Bellas this week, Nikki Bella received an unexpected gift from Peter Kraus. Brie Bella told Nikki that she just had him mail the backage to the Danielson house because she knew Nikki would be there — or it was more convenient for the television shoot. Either way, it was inside the box that really made a statement.

Peter Kraus didn’t bring the right brand of black licorice the last time during their first date, so he sent a package with every other brand he could find. Nikki Bella is very picky when it comes to her black licorice. It looks like Kraus had Nikki Bella swooning so you never know if they might have something there.