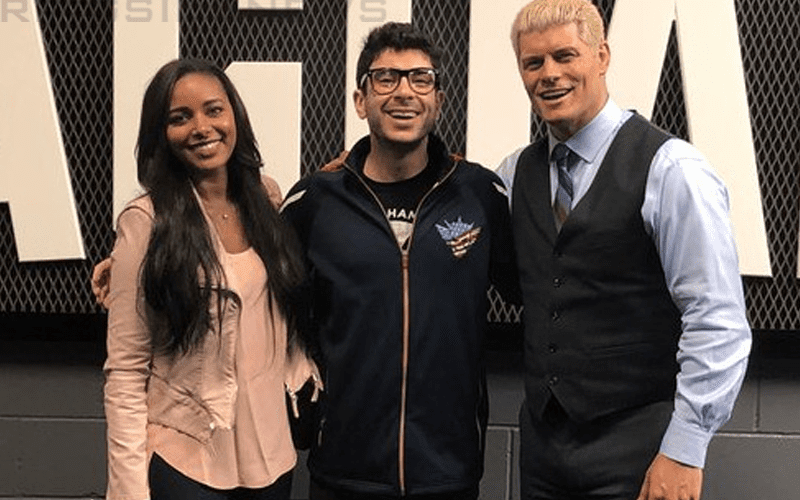 All Elite Wrestling will have a promising Women’s Division and it already features some very talented names. Brandi Rhodes said they are casting a wide net to bring in talented stars from all over the world.

As Tony Khan spoke to Talk Is Jericho, he went into his vision of the AEW Women’s Division. He wants an eclectic mixture of talent much like WCW’s Crusierweight Division back in the day.

“I think what we’re doing with women’s wrestling and what we’re going to do is going to be very exciting. It’s only going to get more diverse and more interesting as we go. I’m very excited about it. I think the athleticism and pace, the work-rate we’re going to bring to our women’s division, I think will be above and beyond anything that’s ever been done. It’s just going to be different from what other people are doing.”

“I there are some amazing, amazing, amazing stuff being done in different places in women’s wrestling right now I think there are enough athletic, enough talented, enough incredibly charismatic women to build a division, to me, that will be like the WCW Cruiserweight Division, a division populated with great athletes who haven’t had this kind of national exposure before, who are just gonna shine under the spotlight, and deliver really athletic, really fast-paced matches.”

“The work-rate of this division is gonna be off the charts. When you have the kind of discerning eyes for talent that you guys have involved and we’re putting on of shows with the production value we’re talking about, I think we’re going to do some really exciting things for women’s wrestling too.”

If you are a fan of women’s wrestling then AEW will probably check a lot of boxes. You never know who they could bring in next as more talented stars start making a name for themselves in the fans’ eyes. All Elite Wrestling is also all about making new stars next which really adds to the unpredictability.