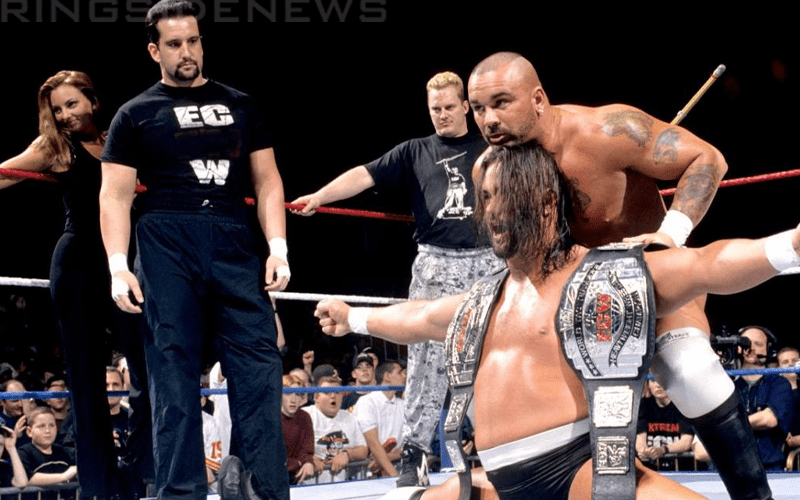 Some of the greatest plans in pro wrestling never happened for one reason or another. Invasion angles usually go off pretty well, but the follow-up is really important.

Tommy Dreamer recently spoke about some plans that were actually canceled for an ECW invasion of WCW during his House Of Hardcore podcast. Unfortunately, that didn’t happen which is a shame because it sounded like a great idea.

“I get the phone call from Raven. He said ‘hey I got to talk to you’ there was gonna be a mass exodus from Extreme Championship Wrestling.”

”In a deal that was made underneath the table. Todd Gordon, who was the ex-owner of ECW, facilitated a deal between WCW and ECW wrestlers. Legend has it, because I’ve never spoken to Todd about it, through Terry Taylor. They wanted a bunch of men to leave ECW and jump to WCW and do an extreme invasion. Raven was the one who called me and tells me what’s going on. ‘WCW is making an offer. They want Raven, Tommy, The Eliminators, The Pitbulls, Bill Alfonso, Sabu and The Sandman to all leave at once”

If WCW would have created this spotlight for themselves then they might have provided a new breath of life for the company. It didn’t happen though and history has told another story. Now we can look back at what Dreamer says as a great idea that just didn’t pan out.