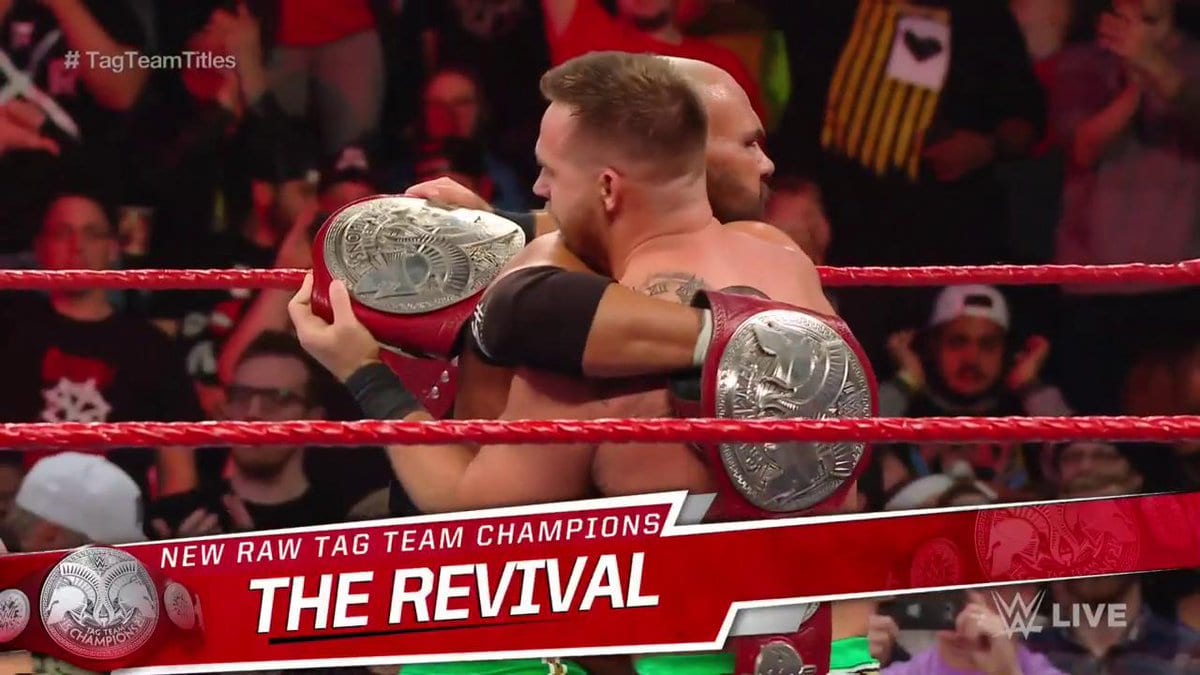 The Revival won a #1 contender’s match last week on RAW. It was thought that they would get their RAW Tag Team Title match at Elimination Chamber, however that wasn’t the case.

Instead, Scott Dawson and Dash Wilder faced off against RAW Tag Team Champions Bobby Roode and Chad Gable in Grand Rapids during RAW this week.

The Revival asked for their WWE releases a few short weeks ago. The company promised them that more of a focus would be given to the tag team division and that they would be put in a spotlight of that division.

The Revival has been battling the RAW Tag Team Champions at house shows and the fans have loved seeing their matches. WWE gave the two teams a sufficient amount of time on RAW this week as well.

When all was said and done, there were plenty of near falls, The Revival hit a Shatter Machine out of nowhere and became the new RAW Tag Team Champions. There was much rejoicing.