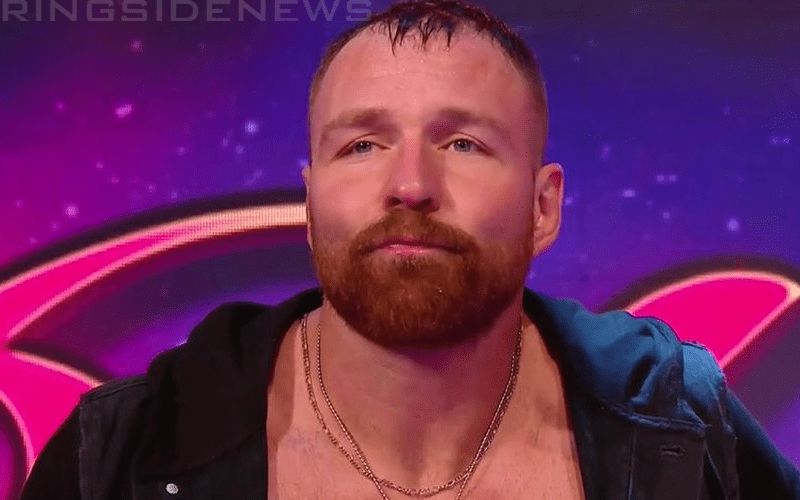 Dean Ambrose is super cool with fans and loves being able to spend time signing autographs when he can. However, there are also times when he is just trying to be Jon Good and not Dean Ambrose. Still, fans seem to have a way of finding him.

While speaking to the Major Wrestling Figure P, Ambrose told a story about how he booked a flight apart from WWE’s travel department who he says likely leaks information. To his there were still plenty of fans to greet him when he landed.

“One time, when I was first dating my now-wife, she lived in New York and sometimes, on the day off, we’d spend some time at her house, some time at my house depending on where in the country we were.”

“So one time, I change my flight to go to New York. I didn’t change it, I bought a new prime flight completely unrelated to the company travel. And when I landed in Newark, as soon as I got to the gate, there were like ten people there with all this Dean Ambrose stuff for me to sign. And for a second, I just woke up from the plane and I’m like, do I have a show today? What’s going on? I thought I was going home?”

“And I sign all their stuff and then I’m sitting in baggage claim, and I’m like, how do they know I was gonna be here? It was an autonomous decision by myself to buy my own new flight. How did they know? Because you hear there’s leaks in the travel department, but I just did this on my own, so they have leaks in the airlines!”

“Then this dude came up to me in baggage claim with some stuff, and he’s like, ‘Hey dude, I’m not trying to bother you dude, I’ll give you $50 to sign these few things. I went, ‘Keep your money, I’ll sign these things for you but tell me how you knew I was here.’ And he goes, ‘Oh dude, we got like a whole system. Dude, we got a whole system and we got people everywhere.'”

It just shows how down-to-Earth Ambrose is by agreeing to sign autographs even in his off-time. However, it is also rather interesting how some fans seem to know where Superstars are going to be at all times. It is part of the business for Ambrose, but you have to wonder if that attention will continue once he leaves WWE and how much he will miss it.