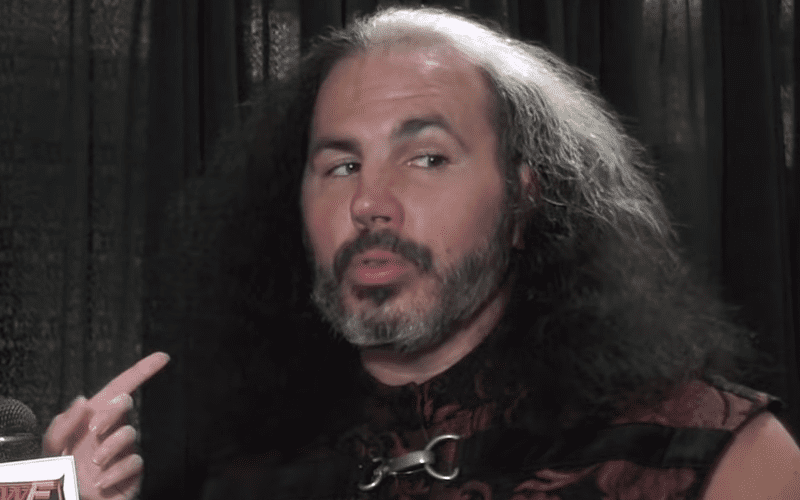 Matt Hardy had to take off after it was discovered that he had a pretty crazy injury. His spine and tailbone fused together which caused WWE to pull him from .

It couldn’t have been easy, but Matt Hardy has been recovering from this injury. He recently stated that he has a green light and slimmed down considerably too. However, a recent tweet from Hardy might reveal that he is still injured.

“My spine & coccyx are still mad at me.”

You never know when the lights could go out during RAW with Woken Matt Hardy appearing on the stage. It might not be a good idea to hold your breath because this message didn’t relay the same hope as his previous health update.