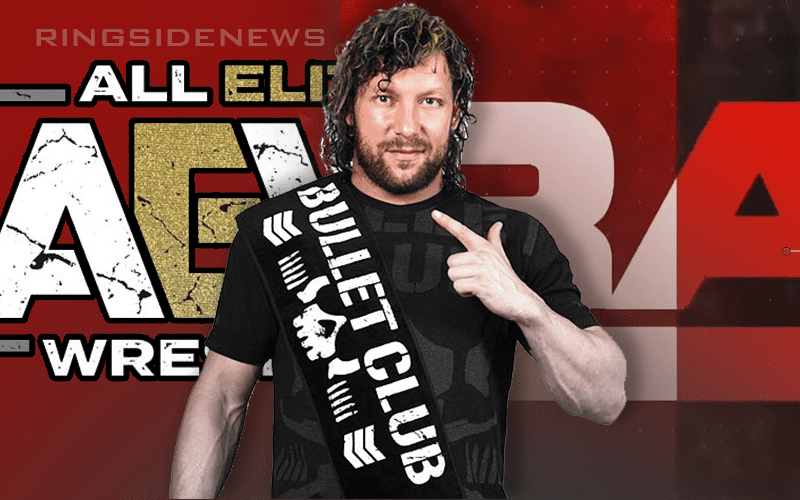 Kenny Omega could be key to helping AEW negotiate with other companies. It was said from the beginning that The Cleaner could change NJPW’s mind about working with AEW.

Omega might work as a conduit of sorts to open the door for many collaborations down the line. Being AEW Co-Executive Vice President gives him the clout to speak on behalf of the company as well.

While discussing his goals with AEW on Wrestling Observer Radio, Kenny Omega said he is open to working with everyone, including WWE. The biggest stumbling block there is that WWE might not be interested.

“We have an open door to everyone. When I say everyone I mean everyone. I wouldn’t want to put the cart before the horse, but even myself I’m completely open to working with a place like WWE.”

“Like there is no evil entity. There is no war. What we are is a celebration of professional wrestling and that means, hey guess what? The CMLL guys that the AAA guys hate or the AAA guys that New Japan hates, well some of their guys are better than your guys that’s just the way it is. We’re gonna use the best that is available to us and we’re gonna have a very peaceful celebratory ring where everyone can show their craft, show their art.”

“I think we’re gonna have a number of dream matches, or just, I don’t even know if you would call them dream matches but you call them matches you never thought you would see in a wrestling ring. I think it’s gonna create a more interesting landscape in professional wrestling for 2019 and beyond and I’m really excited about that because again there are all these different guys from all these different places that I never had a chance to work with and now suddenly, the door’s been blown wide open.”

AEW might be more apt to work with WWE, but Vince McMahon’s company might not be so likely to accept their offer. If a match isn’t happening in a WWE ring or somewhere like EVOLVE, then it’s probably not likely. Then again, you never know what can happen in pro wrestling.

Kenny Omega seems to be open to working with WWE. He had nothing but good things to say about WWE and the fantastic deal they offered that he eventually turned down. It isn’t likely to be honest because Vince McMahon wouldn’t be willing to give up any portion of creative control.