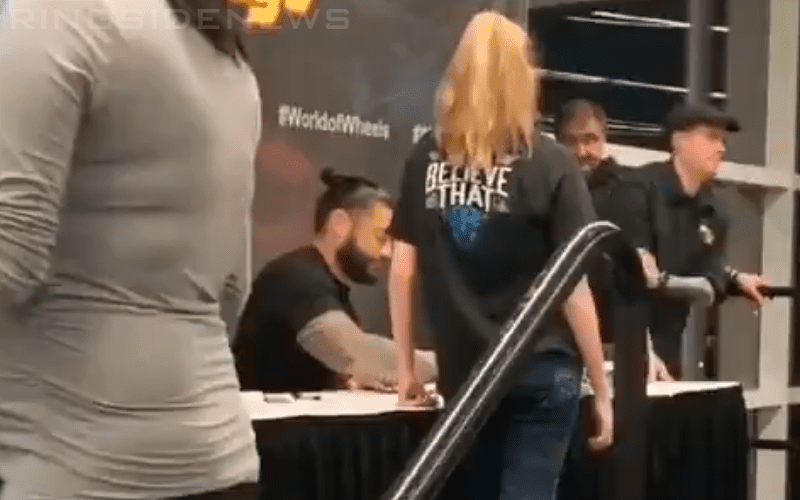 Roman Reigns is popping up in a lot of different places. He recently wrapped up shooting Hobbs & Shaw with his cousin The Rock and he is also slated to appear on a Nickelodeon television show very soon as well.

The Big Dog has a couple of appearances scheduled and he is not backing down from them at all. This is great to see and Reigns seems happy and healthy.

In fact, there were so many people to see Roman that it was said they had to turn some fans away.

As you can see, fans at World Of Wheels in Pittsburgh were elated to see The Big Dog. He is keeping quite busy because he will be appearing at the World Of Wheels event in Indianapolis on Sunday as well.

We’ve collected some shots of Reigns with some extremely happy fans which you can check out below. Hopefully, Reigns looking this good means he is even closer to a WWE return, but that might still take some time.