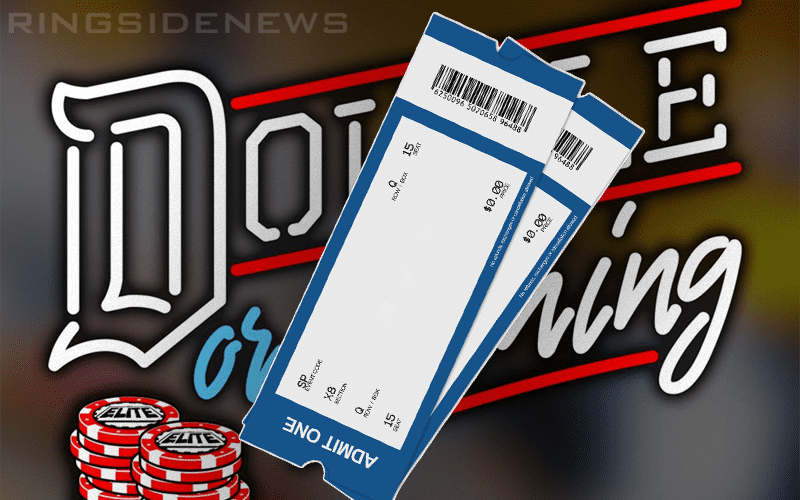 AEW made a bunch of noise yet again during their big Las Vegas rally. Kenny Omega appeared to announce that he is a full-time member of the AEW roster and he is also a Co-Executive Vice President of the company.

Double Or Nothing presale tickets were slammed during the rally. The website crashed several times and by the end of the night over 12,000 presale requests were made.

As Bryan Alvarez explained on Wrestling Observer Live, this very likely means that Double Or Nothing might even break ALL IN’s 30-minute sell out record.

“The big news coming out of this which should not be understated, there were 12,000 requests for the presale code. Now the building is going to be set up for 14,000 and so there are 12,000 presale requests, 14,000 in the building one would think that’s gonna sell out fairly quickly.”

“Well, when you think about presale codes, how many of the people are going to shows by themselves? If you assume that most people are going to go with a friend and many people requested blocks of four. I mean the presale requests, the demand for the show is ridiculous. So it’s probably going to sell out immediately and that’ll be the end of that.”

You never know if Double Or Nothing could sell out faster than ALL IN. With their presale password system, they now have a much better idea about how many fans to expect.