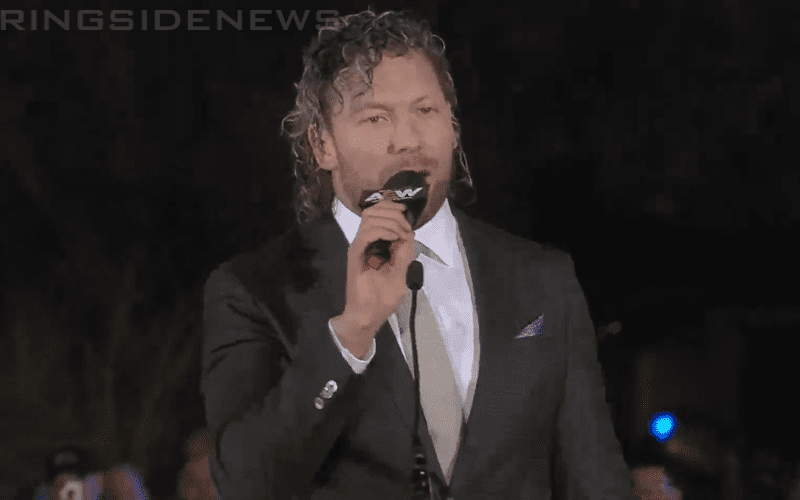 All Elite Wrestling had plenty of surprises for fans during their Jacksonville Rally. Chris Jericho came out and shocked the world. Then he said that AEW is changing the universe.

AEW’s first actual event will take place on May 25th in Las Vegas. The big rally was a ticket release party by the pool, but it turned out to be so much more.

The AEW rally was quite a show and if you would like the full results you can check those out here.

Right at the end of the event, Conrad Thompson said there was one more big announcement and then they showed a countdown on a cell phone. Suddenly, Kenny Omega came out to announce that he is with All Elite Wrestling.

Omega apologized for making people wait, but it had to deal with the legalities. He signed this morning, and it is official. Kenny Omega is a full-time member of the AEW roster.

Then Chris Jericho came out and had a stare-down and then they did a pull apart. Now Alpha vs Omega II is set for Double Or Nothing.