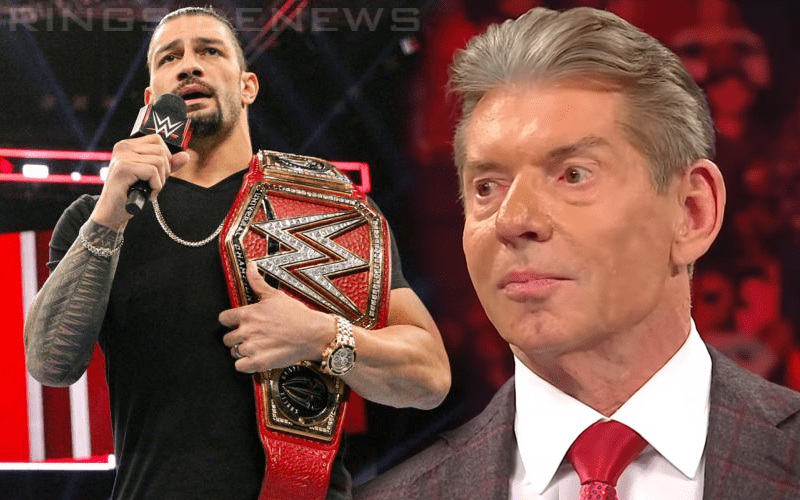 WWE is currently missing some top names because they can not work. Roman Reigns, Seth Rollins, and more are currently unable to work for one reason or another. This is undeniably making business more difficult.

During the big fourth-quarter investor call, Vince McMahon was asked about the current outbreak of injuries in the WWE locker room. He addressed virtually each of them, including John Cena’s which was a work. He also discussed the fact that these things happen, but they must work around them.

“The unfortunate aspect of sometimes in our is that we… our performers are not cartoons. They get hurt. This year, leading up to where we are now, we’ve had an inordinate number of injuries. And when you have injuries… you know, there’s a whole bunch of them. Roman Reigns being the principle among them. And even John Cena, not an injury type thing but we thought we were going to have John be more of a part of our programming than we do. John, God bless him, is making more movies. And even John, I would think, would say, ‘Geez, I thought I was going to spend more time with what I love to do,’ which is WWE. So, he’s been coming in and out, he’s not really a part of storyline.”

McMahon addressed the fact that WWE has been plagued with injures, but the show must go on. They must have the ability to change up the storylines or else they could face some bad times. This has already been something they dealt with when losing Roman Reigns which caused them to change everything.

“It’s like we… you had all these injuries, which is really unusual for us, and they’re characters. It’s no different if you’re writing a soap opera and all of a sudden your main character wasn’t there. You’re in the middle of production, what do you do? You very nimbly change the storyline, but it’s not as good as the original one.”

“Sometimes it is better because we’re pretty good at it, but those are things that we’re faced with, and one of the reasons why television ratings have dropped. And one of the reasons, obviously, from a live event standpoint, that’s dropped too. Because if you don’t have your favorites on television, obviously you can’t see the at a live event either. We’re wide open and Ronda’s done an extraordinary job. There will be other individuals coming from different areas that will join us on a longterm basis, that will help us as well.”

In 2019 you can’t avoid the fact that a Superstar is injured. In a previous era a lot of Superstars would continue working in spite of having something wrong with them. Now those Superstars are given the time off to heal. It is a good thing and a bad thing at the same time. However, while we wait for these Superstars to return at least we will know they will be in performance-level shape when they do come back.