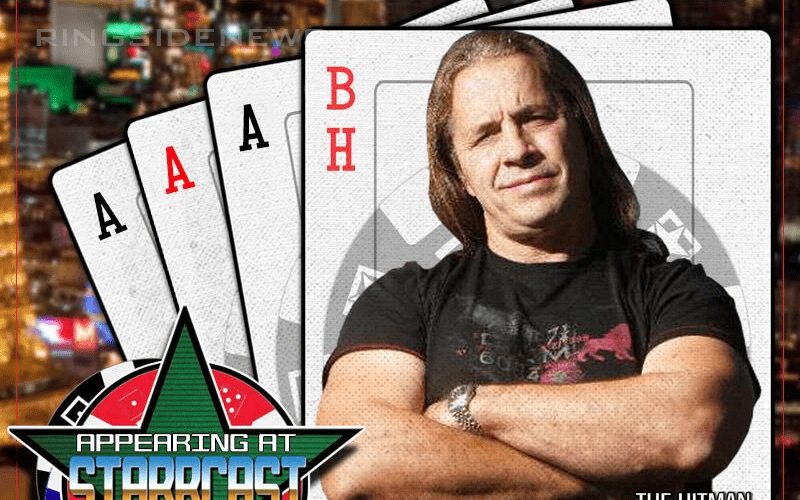 The big names keep on coming for Starrcast 2019 and All Elite Wrestling, with WWE Hall of Famer Bret ‘The Hitman’ Hart being confirmed to appear at the event.

The legendary multi-time world champion is considered to be the best there is, the best there was and the best there ever will be, and there are multiple reasons for that. Hart has also had one of the most fascinating and controversial careers in the history of professional wrestling, and a lot of that isn’t even his fault.

Either way, though, he’s a man who will do what he wants when he wants in the world of wrestling, and this is further proof of that statement.

Recent rumours have suggested that Bret could be inducted into the WWE Hall of Fame for a second time this year, this time as part of The Hart Foundation. Starrcast II will be held just over a month after WrestleMania weekend, meaning there won’t be any kind of crossover with him appearing.

For those who don’t know Starrcast is considered by many to be another iteration of WrestleCon, which runs every year during WrestleMania weekend. However, as seen during the week leading up to All In, it’s much more than that.

Either way it’ll be interesting to see how many more former WWE legends end up appearing at Starrcast, with Bret already following in the footsteps of The Icon Sting who was recently announced.

Starrcast II takes place during Memorial Day weekend as part of the Double or Nothing festivities.