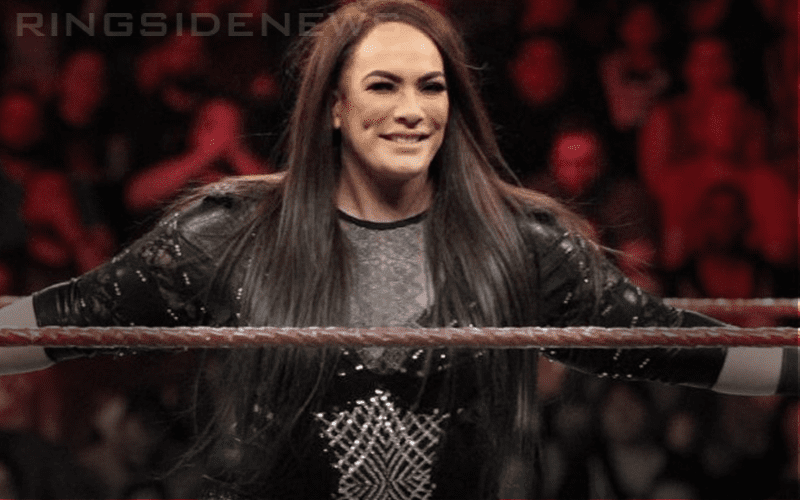 WWE superstar Nia Jax has never been one to hold her tongue on social media, and that was the case once again earlier today as she felt the need to correct a fan on Twitter.

Jax’s upward trajectory in WWE, dating back to her WrestleMania 34 victory over Alexa Bliss, has taken a bit of a knock recently. The former RAW Women’s Champion has had a few questionable in-ring moments that fans have been picking up on recently, including her huge punch on Becky Lynch just a few months ago.

Alas, she begun the process of fixing her image at the 2019 Royal Rumble, when she entered not only the 30-woman Rumble match but also the 30-man Rumble match later in the night.

As you can see some members of the WWE Universe have clearly been rubbing Nia the wrong way, mainly because of their failure to understand the basics regarding her history making appearance at the Rumble.

While it seems like a bit of a stretch, it’d certainly be interesting to see WWE turn this into something of a storyline heading into WrestleMania with Beth Phoenix. The Glamazon is still involved in WWE, and if anyone is going to make Nia look like a monster on the grandest stage of them all, it’s Beth.

For now, though, it would appear as if the most likely course of action for WWE when it comes to Jax is a place in the Women’s Battle Royal at Mania. There’s been no formal announcement regarding whether or not that match is going to go down this year, but the sheer size of the roster would suggest it probably should.