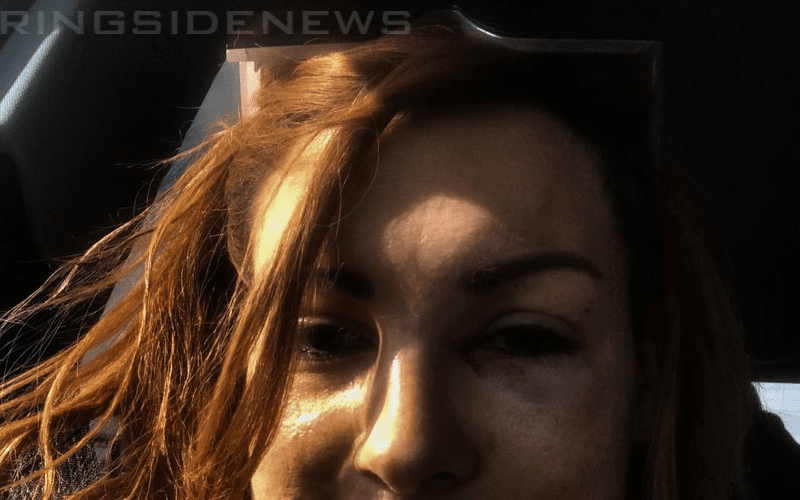 Becky Lynch planned on wrestling Ronda Rousey at Survivor Series and then the blue brand invaded RAW. The invasion was successful, but SmackDown’s leader suffered a rather diasterous injury thanks to the fist of Nia Jax.

This injury was brought up last night by Triple H. He proposed that possibly Becky Lynch walked into the dangerous ground of RAW and was looking to get her face broken. He said this plays into her self destructive nature. Lynch responded to this earlier today with a never-before-seen picture of her busted face where she made two bold statements in separate tweets.

“10 hours after the Raw invasion, I checked out of the hospital and went to Smackdown to fight again. I fear nothing or no-one.”

“The pic was taken after I was bloodied, broken, but still trying to get to Survivor Series. I didn’t make it then, but I will do anything to get to Wrestlemania.”

It looks like Stephanie McMahon and Triple H aren’t going to keep The Man down. We will just have to see how this one plays out.