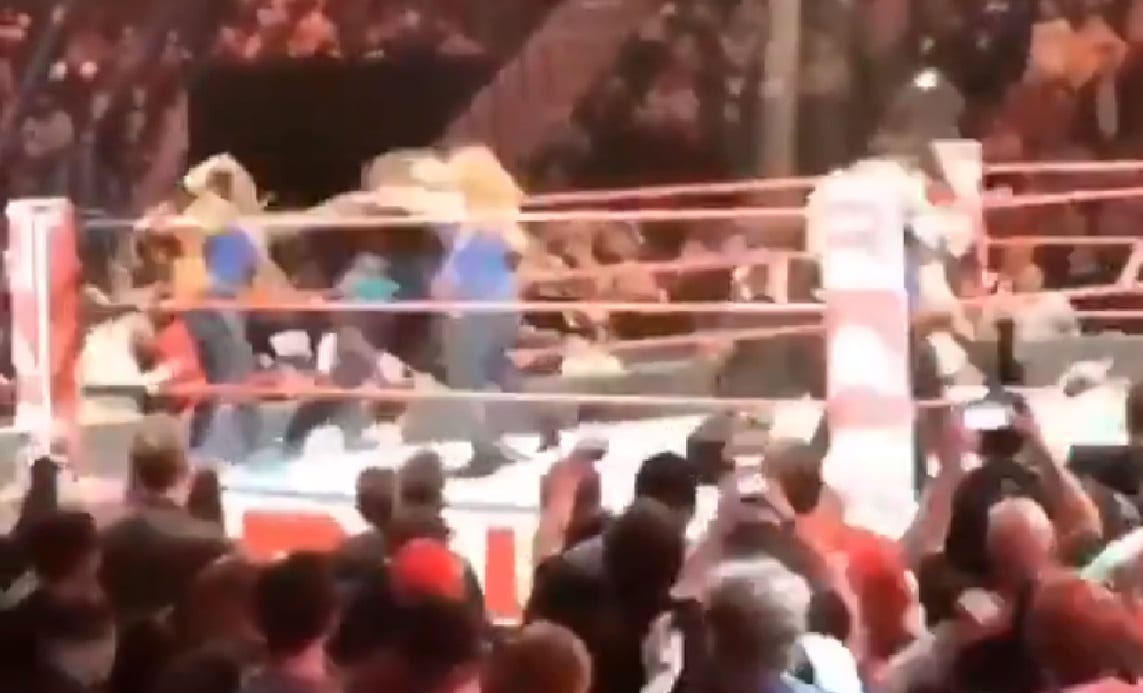 WWE’s Monday Night Raw show concluded with an invasion of the SmackDown Women’s Division and Becky Lynch was split open in the process. Actually, her nose is broken and she possibly suffered a concussion too. Now as we previously reported, the Ronda Rousey vs Becky Lynch match for Survivor Series is called off.

The camera didn’t catch Becky taking a shot from Nia Jax on Raw — she just turned up with a face full of blood. But if you’ll check out this fan footage below, it’s plain to see that an elbow from Nia Jax is what did the job.

It’s pretty evident that Jax made a connection in this video and you can hear the crowd gasp when Lynch gets back up with a crimson mask. Only time will tell how WWE will take care of writing Becky Lynch out of the storyline, but it was said that she didn’t even travel to St. Louis with the rest of the SmackDown brand after being evaluated after Raw.

Hopefully, Becky Lynch will bounce back and be hotter than ever — the fans won’t forget how popular she is. But it is a huge bummer that we’re not getting Lynch vs Rousey at Survivor Series because if anyone could hand the first-ever UFC Bantamweight Champion a loss in WWE it would be The Man.