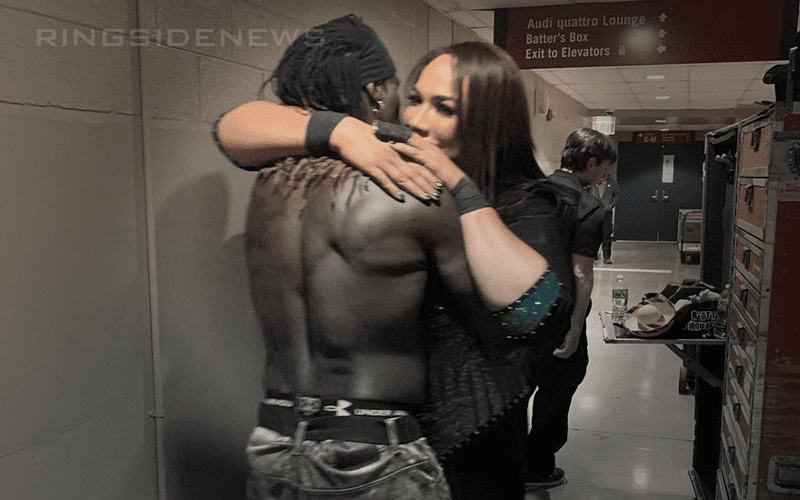 Jax made history that night by becoming the first person to ever eliminate someone from the men’s and women’s Royal Rumble match. However, Jerry “ Lawler said that Jax really roughed Truth up.

It was said that R-Truth was upset and there was some heat there. Nia Jax loves all types of heat and can’t get enough of her two-faced haters. However, she wanted to dispel this rumor.

Jax tweeted out four photos of her and R-Truth backstage at the Royal Rumble. It doesn’t look like they’re upset with each other at all. In fact, Truth seemed really cool about Jax taking his spot and it looks like they even rehearsed the assault.

Nia Jax could have put these pictures out way sooner, but she probably wanted to enjoy the heat from fans for a little longer first.