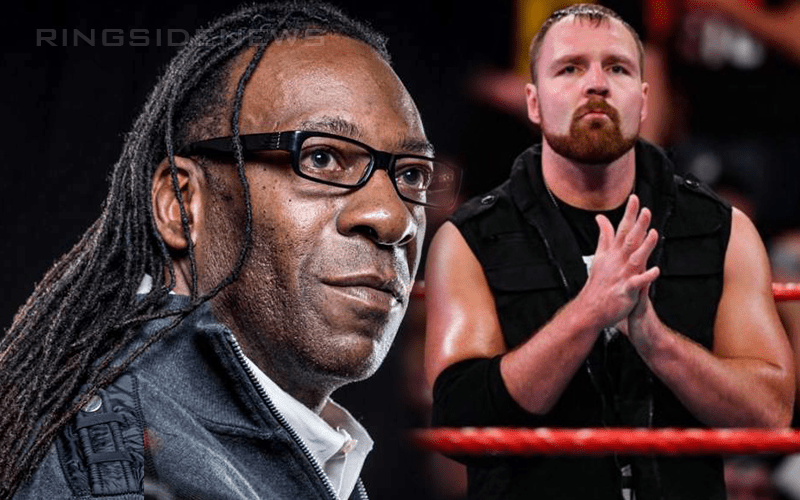 Dean Ambrose is very likely to be leaving WWE when his contract is up after WrestleMania. WWE addressed the situation with a public announcement and it’s anyone’s guess on whether WWE will continue to acknowledge it.

Booker T opened up about Dean Ambrose’s situation on Heated Conversations. He spoke of his own time in WWE and told a story about wanting his release only to have Vince McMahon create the King Booker character and hire Sharmell to convince the 5x World Champion to stay.

Then his own story to Ambrose’s situation. He not only understood Dean’s choice, but he also commented on what a great time it is for him to exit WWE.

All Elite Wrestling will be interested in signing Dean Ambrose once the time is right. They obviously can’t offer him anything right now because that would be considered contract tampering. You never know if taking off from WWE could really pay off for The Lunatic Fringe in the end. We will likely soon find out because it seems like Ambrose’s mind is made up.